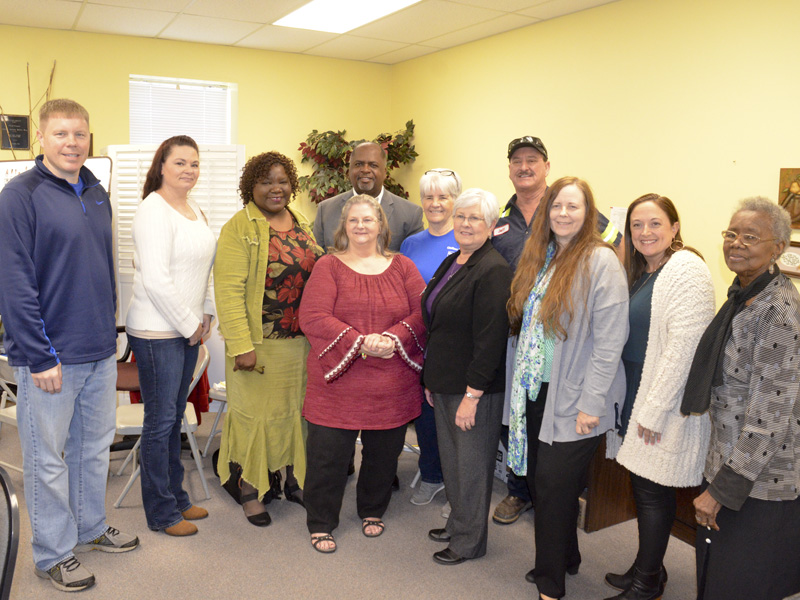 Keith Strother with CAPTE spoke with Chilton County United Way board members during their meeting Feb. 19. (Photo by Anthony Richards)

The Chilton County United Way heard from special guest Keith Strother with the Central Alabama Partnership for Training and Employment during its board meeting Feb. 19.

Strother, CAPTE economic development manager, informed the board and several representatives from local agencies that CCUW donates to each year that CAPTE recently received a $6 million grant.

Chilton County is one of six counties that CAPTE oversees with workforce development strategies and assistance.

According to Strother, the majority of the organization’s clients are unemployed or under-employed individuals that are in need of training to better their career path.

“We partner with community colleges by providing up to $9,000 to individuals to go back to school or get more training,” Strother said.

There are four career centers under the CAPTE umbrella, with the Alabaster Career Center being the one with the closest proximity for Chilton County residents.

“I really encourage people to take advantage of it,” Strother said.

However, he also made it clear that there are several more career center options throughout the state.

Some people are looking to find work either after ending a tour in the military or spending time in prison.

Regardless of the situation, Strother stated that it can be difficult to find another career path.

“There are a lot of people out there coming out of the [prison] system,” Strother said. “We want to help them to find work as much as we can, so that they don’t wind up back in the system.”

Jeff Melton is a CCUW board member and has seen the CAPTE initiatives work firsthand as owner of Southern Dixie Auto Repair in Clanton.

According to Melton, he was able to find one of his current employees, who is a military veteran, thanks to the available CAPTE programs.

Strother said welders, nurses and carpenters are some of the popular careers currently desired.

For more information about the programs offered by CAPTE, visit www.mycapte.org.