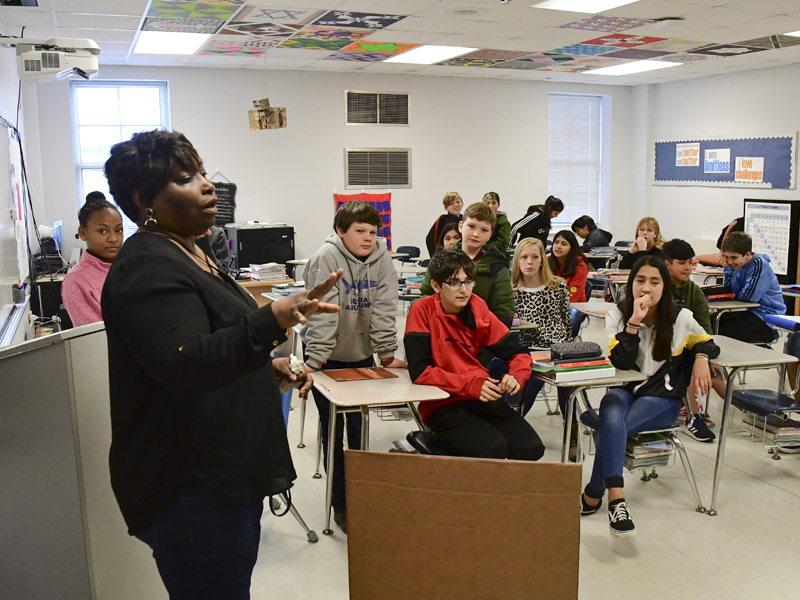 A drug prevention initiative is being re-implemented in the Jemison community thanks to Central Alabama Wellness and its partnership with Jemison Intermediate School.

According to CAW Prevention Director Zina Cartwell, the previous contract had run out about five years ago due to a lack of funding.

“This is my passion, but what excited me was the fact that they were willing to invest in the community,” Cartwell said.

Cartwell contacted JIS Principal D.J. Nix and told him what she was hoping to introduce at his school, and that it would be modeled after what she had done in the past in Montevallo and Clanton.

“Jemison is kind of looked over a little bit, and therefore had not received any type of drug prevention program for a while,” Cartwell said.

With Nix’s help, she started the “Too Good for Drugs” program, which is an evidence-based curriculum designed to be used from elementary to high school.

However, sixth-grade students at JIS are the focus of this year’s re-introduction.

“I decided to do sixth-grade students, because this is their most impressionable time for making the right decisions,” Cartwell said. 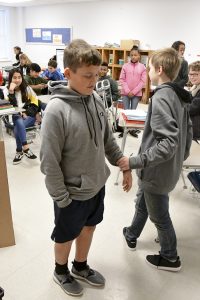 Two students work together as part of a trust exercise. (Photo by Anthony Richards)

Cartwell teaches the class to JIS students twice a month.

“It’s not just about saying no to drugs, but also about teaching empowerment and how to deal with stress. Those are the issues we never get the opportunity to talk about.”

According to Cartwell, she tries to keep her course material interactive so that students stay connected.

On top of the evidence-based curriculum, the school will also be a registered focus program group, which will be geared toward students empowering other students to make the right decisions.

A community wellness committee will also be created as a coalition in Jemison. Cartwell invited community partners and parents to get involved.

“Our object is to affect the community in every way possible in order to make a change,” Cartwell said. “It is a holistic approach to prevention.”

Central Alabama Wellness was formally known as Chilton-Shelby Mental Health before changing its name at the start of 2020.

The organization will host a celebration event at Jemison City Park on April 25. It will be free to the public and will include carnival games and live performers.

“Prevention cannot just be geared toward the students, because it’s about a life change,” Cartwell said. “I’m excited about the great things that we’re going to be doing.”