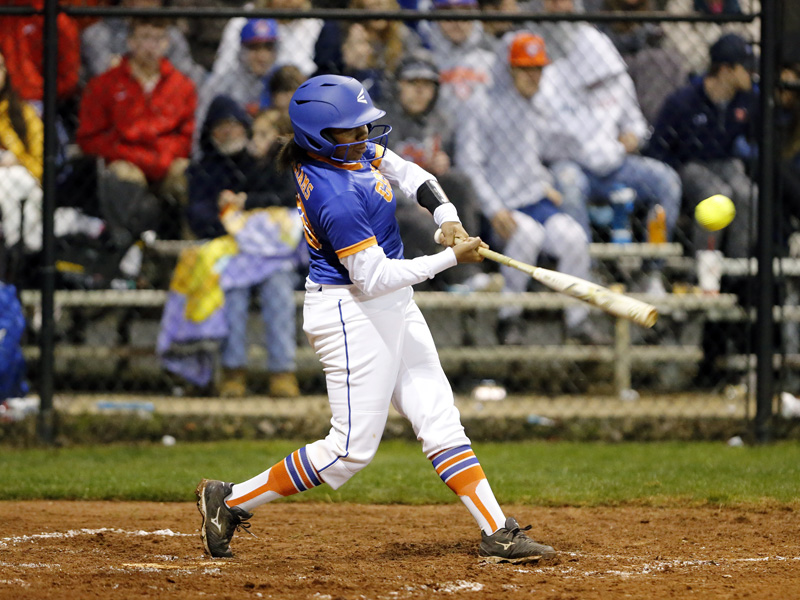 Hard work, dedication and love for a sport are all attributes that can describe an athlete.

However, the same can be said for a coaching staff that spends hours preparing a playing surface that has been susceptible to flooding due to heavy rain all week.

The Chilton County Tigers softball team made all of the hard work payoff with a season-opening win Feb. 13 over cross-county rival Verbena, 17-2.

A pair of first inning walks issued to the Red Devils along with an RBI single by Jaycee Quinn would aid Verbena in a two-run top of the first inning.

But it was the Tigers who would answer during the home half of the inning with four runs of their own thanks to a pair of RBI ground balls by Tyeshia Williams and Emma Deason along with a pair of errors by Verbena.

With Deason and the Chilton County defense shutting down the Red Devil bats through the top of the second, the Tigers would pile on eight more runs during the bottom half of the inning. 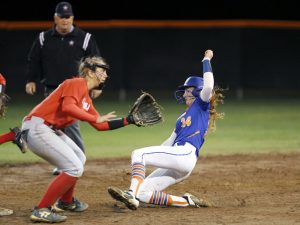 Marlie Giles of CCHS slides into second base. The Tigers scored 17 runs on the night. (Photo by Brandon Sumrall/Special)

Run-producing singles by Marlie Giles and Maddie Giles, a bases loaded walk by Deason and a two-run single by Williams propelled Chilton County to a 12-2 lead after two innings of play.

Verbena would again go quietly through the top of the third inning, while the Tigers would tack on four more during the bottom half of the inning.

A sacrifice fly by Deason, two-run single by Jadyn Kurdziel and an RBI double by Macey Pierce made it a 16-2 CCHS lead after four innings of play.

A three-up-three-down top of the fourth would be followed by a lead-off walk by Marlie Giles and a single by Hope Watts along with a error by Verbena that would plate Marlie Giles and give the Tigers a 15-run lead that would bring the game to a close due to the mercy rule.

Williams led the Tigers at the plate with a 2-for-3 performance with a pair of singles and three RBIs, while Deason got the start on the mound and threw three innings while allowing two earned runs with four walks and four strikeouts.

Quinn led Verbena at the plate with a 2-for-2 performance with a pair of singles and an RBI, while Jenae Pierce handled the pitching for the Red Devils and threw three innings while allowing 12 earned runs with nine hits and 10 walks.