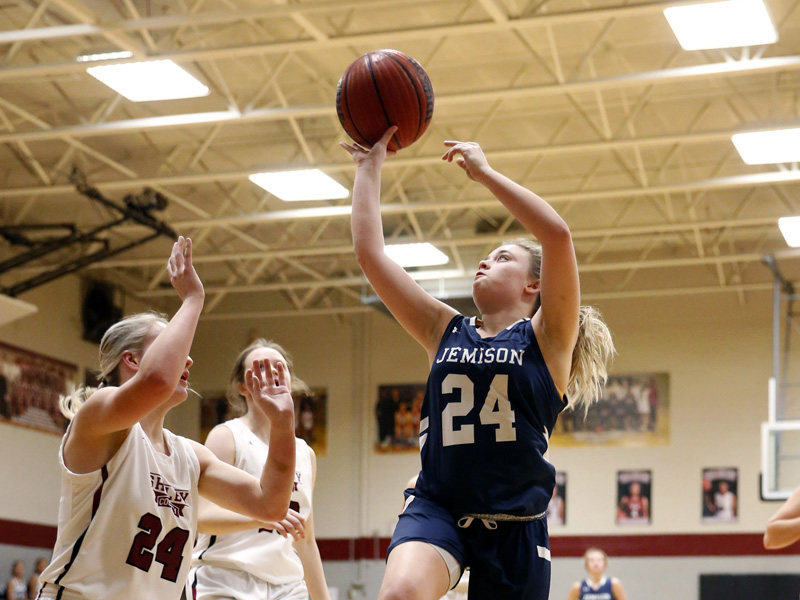 Ashlee Hilyer led Jemison with eight points against Shelby County in the first round of area tournament action on Feb. 4. (Photo by Brandon Sumrall/Special)

The Jemison Panthers’ 2019-2020 basketball season came to a close
on Feb. 4 following a 91-21 loss to the host Shelby County Wildcats in the opening round of the Class 5A Area 6 tournament.

The Wildcats (23-4, 7-0) would waste little time during the opening period by showing their offensive fire power with 11 points from Maggie West along with eight by Sky Knighten-Lily to propel Shelby County to a commanding 39-4 lead after one period of play.
Ashlee Hilyer would start the second with a 3-pointer for the Panthers
(6-12, 0-7) and would later add another for Jemison, but the Panthers went into the locker room at halftime down 60-15. 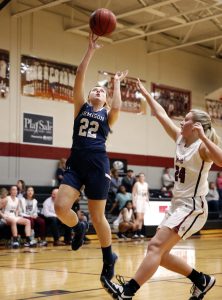 Baskets by Haileigh Greer and Jaclyn Lowery would be all the points for Jemison during the third quarter, as Shelby County in outscored the Panthers 23-4 on the period while taking a 83-19 lead to the final period.
With both teams subbing deep in to their bench during the final period, six points by Maleah Hale would set the pace for the Wildcats in the fourth period as Shelby County cruised to a 91-21victory over the Panthers.
Hilyer led the Panthers with eight points and two steals.