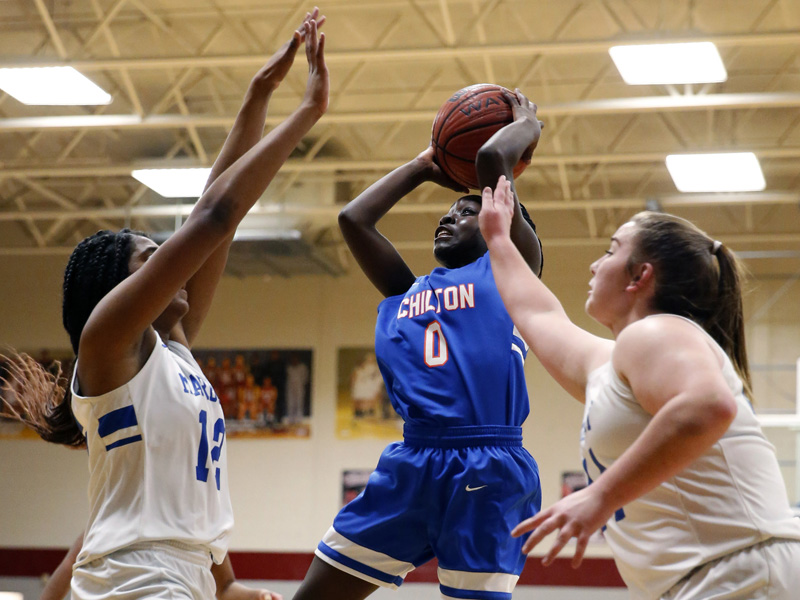 Iasia Anderson led CCHS with 21 points against Marbury in the opening round of the area tournament Feb. 4. (Photo by Brandon Sumrall/Special)

With a 68-53 loss to the Marbury Bulldogs in the opening round of the AHSAA varsity girls 5A Area 6 basketball tournament, the 2019-2020 season came to a close for the Chilton County Tigers.
Five points by Iasia Anderson along with a basket from Marlie Giles would out pace a bucket from Allyse Rudolph during the early going to give Chilton (7-17, 2-5) an early 7-2 lead.

The Tigers would be forced to watch their lead slip away however, as baskets from Renijah Brown and Rudolph would aid in Marbury (23-8, 5-2) making it a 9-all tie.

A back-and-forth battle would ensue before a pair of baskets from Rudolph would push the Bulldogs out in front by four, while baskets from Anderson and Jasmine Martin would bring the first period to a close with the Tigers holding a 19-16 lead.
Chilton County would maintain a two-point cushion through the early minutes of the second period before a basket from Summer Hicks would knot the game at 21. 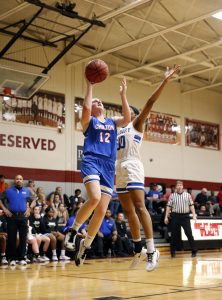 Rudolph would extend the Marbury lead to four and would later make it a five-point Bulldog lead.

Martin would answer with a pair from the line and with just 12 seconds remaining in the half, and a basket from Tyeshia Williams would send the game to the half with the Tigers trailing by one, 30-29.
The third period of the contest would prove to be the Tigers undoing, as a 12-0 run by the Bulldogs along with seven points from Rudolph and 11 by Brown would far outpace a team-leading three by Martin in the period as Marbury would outscore the Tigers 25-7 during the third period and take a 55-36 lead to the final period.
The Tigers would rebound a bit during the final period as six points by Martin would lead Chilton to a 17-13 fourth period but the Tigers lost 68-53.
Anderson led the Tigers with 21 points, four rebounds and three steals.