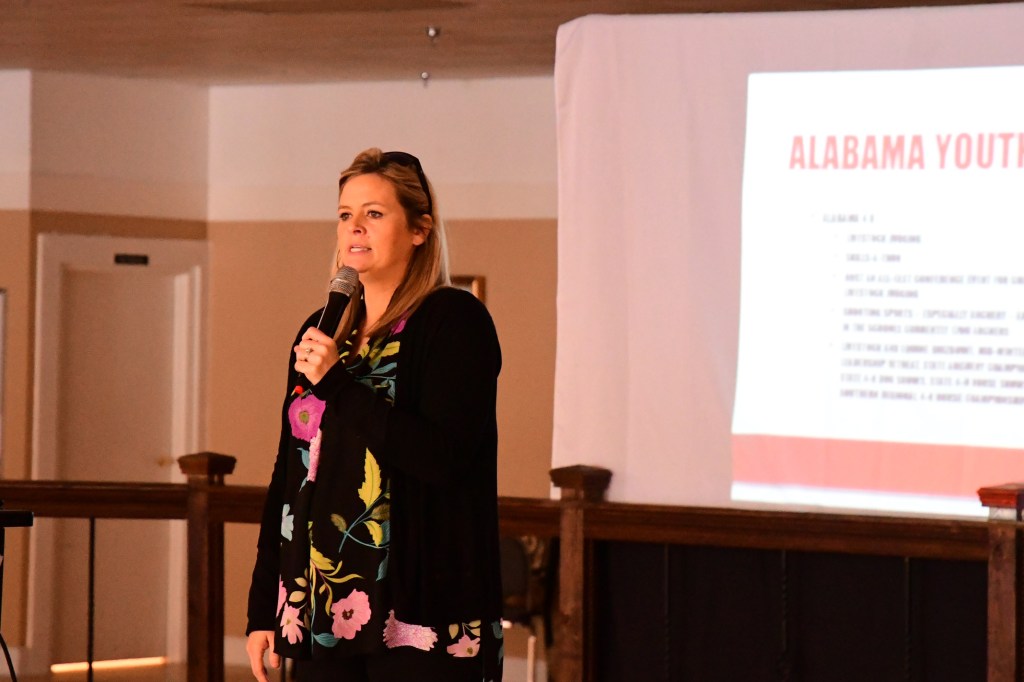 Eating black-eyed peas during new year’s celebrations is a Southern tradition, one said to bring prosperity in the coming 365 days.

Senior Connection in Clanton hosts an annual black-eyed pea luncheon in January to take part in the tradition, and this year guest speaker Whitney Barlow, the executive director of the Chilton County Industrial Development Authority, was asked to give an update on the progress of Alabama Farm Center at Exit 212.

Barlow said the groundbreaking ceremony for the development is planned for May of this year, and phase one of the event space is set to be open by the end of 2021.

“Those dates have been confirmed,” Barlow said.

She said multiple groups are working together to finalize the park’s plans, making sure that the layout will be such that the development can be expanded over time.

“Since the project was announced, we have had a lot of hotels, restaurants and retail development interested in the whole Chilton County corridor,” Barlow said. “We have been working really hard to locate the correct hotels that would meet the facility’s requirements. We have a couple of hotels interested at the moment at two of the three exits, they just haven’t made final decisions yet, as well as restaurants. Our trade area here in Chilton County is about 70,000 people, which is great for this area. The announcement made (a lot of entities) look at us, and they have begun putting us in their profile.”

Barlow said that when she gives speeches, people are generally more interested in hearing what the park will actually be and what will be held there.

“It’s been said it will be (Alabama Farm Center) and it will have the fair, but people sometimes don’t really understand what that meant,” she said.

Barlow discussed what will be built at the park during the first phase of construction and what can or will be added on later in phase two.

Fairs and livestock shows could be major draws at the park, but other non-livestock agriculture-related events could also be held, such as RV shows, youth events and trade shows.