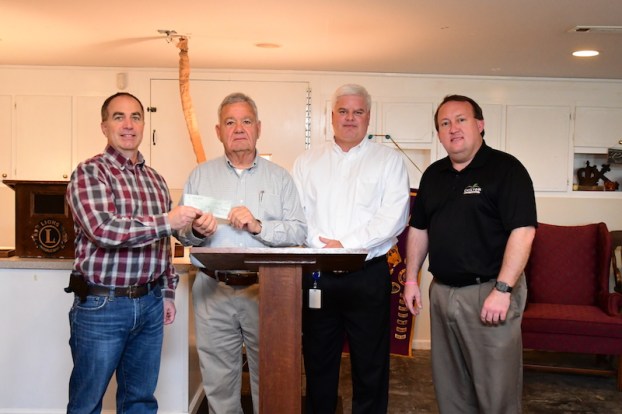 The Chilton Education Foundation has awarded more than $500,000 in grants since its inception in 1996.

Board members gave an update to the Clanton Lions Club, one of the many donors that make the program possible, during the club’s meeting on Jan. 24.

Board member Mickey Bates said the program awards grants “to teachers in the classroom for things that we think are important and significant for enhancing education for our students here in Chilton County.”

“Elmer (Harris) was the driving force in getting the education foundation started in Chilton County,” Bates said. “He had approached Richard Moore … The Alabama Power Foundation had what they called the Alabama Education Commission and around the state they were forming these local foundations to help the teachers do things that they weren’t being able to get done through normal means of funding. Elmer, he really wanted one established in Chilton County.”

It was Moore who first talked to Bates about being a part of the foundation.

The first meetings were held in Oct. 1996, and the first grants were awarded in 1997. Bates said the group “is proud” of the amount of money they have been able to provide to the teachers through the years and are thankful to all of the community partners who make it possible.

The grant program is called PEECh for partners enhancing education in Chilton County.

“The thing we like to stress is it does go to the classrooms — directly to the teachers to use in their classroom activities,” Bates said.

Application is open to teachers at each of the Chilton County public schools. However, some years not every school submits an application.  Each application outlines the amount being requested and how the funds will be used. The grant committee then reviews the grants and decides which grants to fund based on the foundation guidelines and restrictions as well as if only a portion of the amount requested in the grant would be beneficial and how many students will be served by the grant.

Board members said these decisions are tough because the foundation always receives more requests than it can fund. Just how much can be awarded each year varies based on how the foundation’s investments have done.

Grants are awarded in February each year. The committee is in the process of making the final decision on what to fund.

The grant committee focuses on funding things that are beyond what the Chilton County Board of Education would fund. One of the largest projects the foundation has funded was the sensory room for Jemison Elementary.