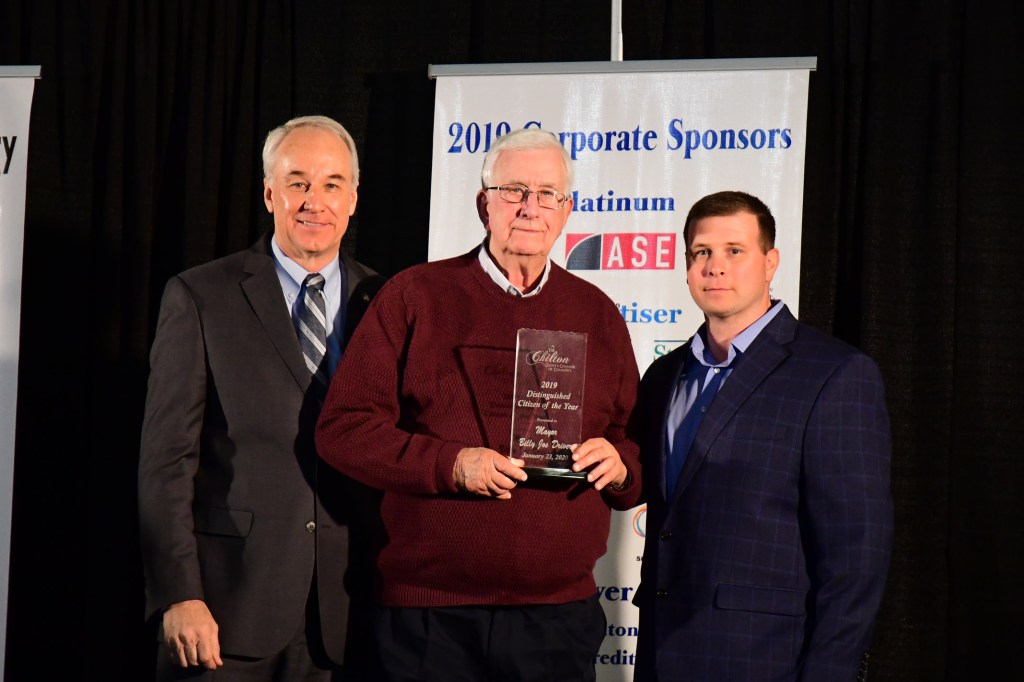 Clanton Mayor Billy Joe Driver was named the 2019 Distinguished Citizen of the Year by the Chamber of Commerce. Chamber President Billy Singleton and board member Shannon Welch presented the award to Driver. (J.R. TIDWELL/ADVERTISER)

The Chilton County Chamber of Commerce hosted its annual banquet Jan. 23 at the Clanton Conference and Performing Arts Center.

After an address from Executive Director Francine Wasden and an invocation by Pastor Kevin Corley of Grace Fellowship Church, dinner was served by Chamber member King’s Table Catering.

Scroggin gave a presentation on generational diversity and the various trends and common characteristics found in different age ranges of employees.

Scroggin has a program called GenWHY Communications that teaches employers about the quirks of each generation and gives some reasoning behind why each group behaves the way it does.

“You’re not that special,” Scroggin showed on a slide at one point while addressing each member of the audience, meaning that the majority of people born in the same time frame will behave in similar, predictable ways.

After the speech, the Chamber presented five separate awards to different individuals and groups.

Driver received a standing ovation from the crowd after being introduced by Chamber President Billy Singleton.

After presenting the awards, Singleton spoke on some of the achievements the Chamber made throughout 2019.

He said 46 new members joined, which brought the total number up to 317.

The Chamber also recognized its student ambassadors, most of whom were present helping to serve dinner to attendees.