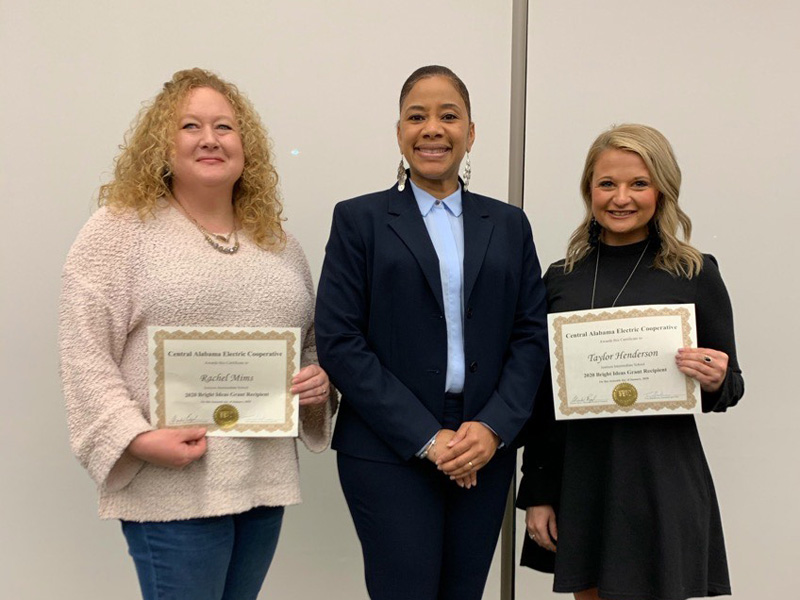 Mims received $750 to purchase five Mambo Fly drones as well as the batteries and everything else required to operate.

“They are small drones that students will actually code,” Mims said.

The students’ coding will be the primary source of guidance for the drones.

“When they’re ready to fly them, instead of using a controller, they can just throw them up with their hand,” Mims said. “Whatever they’ve coded is what it’s going to do.”

The drones will be a big step in the continued focus toward STEM-based programs that JIS has turned its attention to of late.

“It’s actually applying coding instead of just coding something on the computer,” Mims said.

Students in Mims’s STEM class, which includes fifth and sixth graders, will be the ones who will be the first to work directly with the drones.

“We’re trying to get about 15, so maybe two [students] per drone,” Mims said.

Mims has another grant written that she is hoping will help fund the remaining number of drones.

The drones can be flown indoors or outdoors. The plan is to build a drone course as part of the school’s Outdoor Discovery Center.

However, the drone course will not be the only use of outdoor space that JIS will be taking advantage of in the coming months.

Another project will be a sensory path that will be funded by a $1,500 grant received by Henderson, who is a special education teacher.

“This project began as I was looking for a way for my students to advocate for themselves by enhancing their learning through sensory integration,” Henderson said. “Every student in the school could benefit.”

According to Henderson, the goal is for the path to just be the beginning with a sensory cove coming in the future through additional grants.

“Space is definitely our biggest issue,” Henderson said. “We don’t really have extra classrooms, so getting a sensory room would be hard.”

The path will be about 80 to 100 feet in length and begin indoors before continuing outside.

“We’re hoping to add this as a tool to release [students’] built up energy in order to increase their focus, as well as their motor coordination,” Henderson said.

Currently, JIS students have been taking the short trip over to Jemison Elementary School to use its sensory room.

Both teachers have received their grant checks and plan on starting the process of implementation as soon as possible.

“We’re trying to re-imagine learning by finding ways to get students out of sitting in desks all day,” Henderson said. “I can’t think of a single kid that doesn’t ever need a break. Fair isn’t everybody getting the same thing, but everybody getting what they need to be successful.”