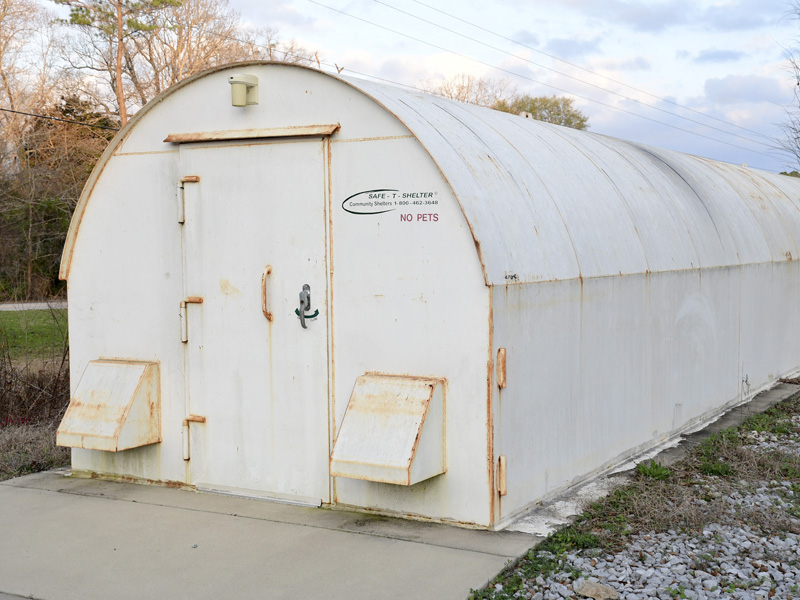 Three storm shelters are in the process of being completed soon.

Union Grove No. 2, Gap of the Mountain No. 2 and Cedar Grove No. 2 have all been structurally built, and the final procedures are currently being taken to connect propane gas to the generators and install plumbing for each shelter.

“We figure we’ll have it done in about two weeks,” County Engineer Tony Wearren said in a Chilton County Commission work session on Jan. 14.

He and members of his department have provided help with the projects.

Once the final details are completed, a contractor and the Alabama Fire Marshal’s Office will look over each shelter and decide whether or not it will be cleared for certification.

“We’re trying to get it all done before tornado season begins,” EMA Director Derrick Wright said.

According to the University of Alabama’s Office of Emergency Management, although tornados can happen throughout the year, the peak of the season is March through May.

Once the new storm shelters are completed, Wright would like to shift the focus to getting shelters built in the New Convert community and in the south and north areas of the county within the next few years.

Inspecting the existing shelters throughout the county and fixing any problems they may have are also part of his plan.

Terry Wilson of the New Convert community asked the Commission during its official meeting about the status of getting a storm shelter built.

The Commission stated that he and New Convert have been diligent at coming before the Commission over the years, and the community is at the “top of the list” to get a storm shelter.

It was mentioned that they would do what they can to get a New Convert storm shelter built even if they do not receive grant funding.