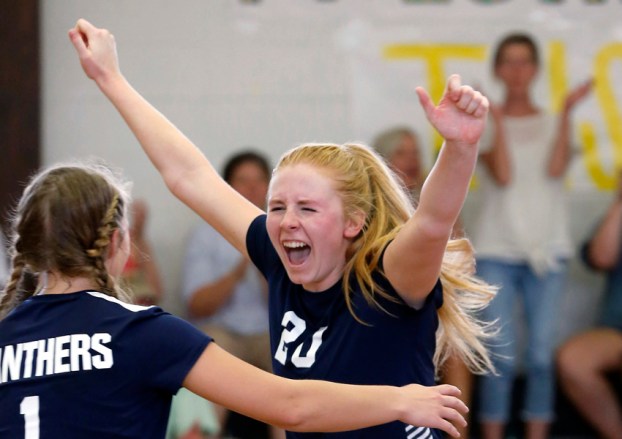 Jemison’s Caroline Foote (No. 20) is The Clanton Advertiser’s 2019 Volleyball Player of the Year. (Photo by Brandon Sumrall/Special)

Foote caps career as player of the year

Volleyball has been a major part of Caroline Foote’s life for some time, so it is no surprise that the Jemison senior is The Clanton Advertiser’s 2019 Volleyball Player of the Year after an incredible season.

She began playing competitive volleyball at the Pelham YMCA in second grade.

“My parents were just trying to get me into a sport,” Foote said. “I tried basketball, soccer and then volleyball.”

In Foote’s case, the third time was indeed a charm, and she has been playing volleyball ever since.

According to Foote, she is not sure what makes her such a good volleyball player other than it was just something that seemed to suit her.

Foote has experienced a lot not just from her time at school but also as a member of the travel ball scene.

“School ball goes from August to the end of October and travel ball starts in January and goes to the end of April or beginning of May,” Foote said. “It’s basically all year.”

She has played every position over the years and has grown as a utility player as a result.

That versatility is something that first year head coach Kelsey Mims leaned on during the season. 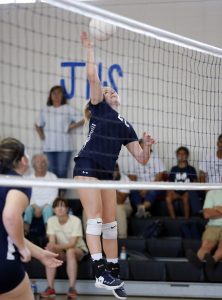 Foote was known for her thunderous ball striking ability. (Photo by Brandon Sumrall/Special)

According to Mims, her knowledge of the game is what makes her such a special players.

“She knows her position and where everybody else is supposed to be all the time,” Mims said. “With me coming in as a first-year head coach, her leadership was helpful to have. It will be hard to replace a player like her.”

Foote is known for her ability to rack up kills and finish off points with her excellent ball striking.

“Hitting is my favorite,” Foote said.

However, it is evident that setting still has a place in her heart.

“I used to not like setting, but now that I’m not a setter anymore I really do miss it,” Foote said.

Foote helped anchor a Panthers’ squad that won their county and area tournaments and advanced in the postseason.

According to Foote, it was a memorable way to end her high school playing career.

“It was going out with a bang for sure,” Foote said. “Getting to the second round [of the playoffs] was a big accomplishment.”

Her most cherished volleyball memory was winning the area championship and doing so on Jemison’s home court.

Going five sets was something Foote always looked forward to and enjoyed.

“It’s those really hard games that leave you mentally and physically exhausted, that are the best,” Foote said. “I just knew we [JHS] would always come out with the win. The higher the competitiveness, the better we played.”

Foote thanked her parents for always supporting her and driving her to practices and tournaments throughout the years.

The Thorsby girls basketball team improved to a record of 10-3 on the season after a 46-36 victory against rival... read more