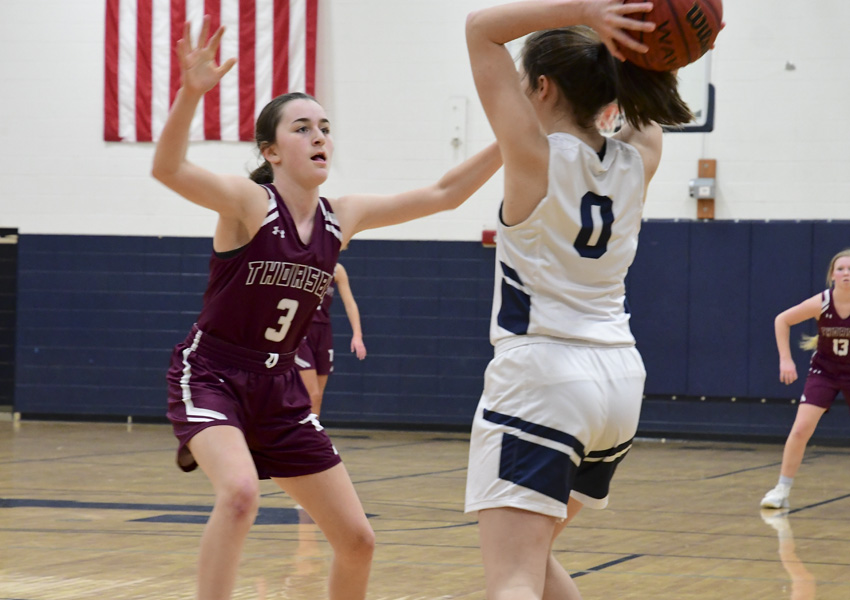 The Thorsby girls basketball team improved to a record of 10-3 on the season after a 46-36 victory against rival Jemison on Jan. 6.

Those three players produced all of the Rebels’ points on the night.

“In the first half my shots weren’t falling, but it’s about being consistent even when those shots aren’t falling,” Wyatt said. “You can always still drive and look to pass it.”

Despite her shots not falling, she still managed 15 first half points.

The production Thorsby continues to get from Jones at the center position is something that Wyatt is thankful for as a guard.

“She [Jones] makes us a lot harder to guard because they [opponents] are not just worried guarding the three, because they know they’ve got to deal with inside as well,” Wyatt said. 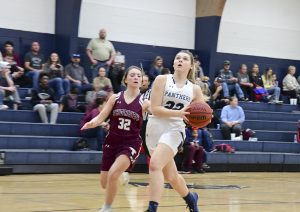 Jemison’s Grace Autery drives to the basket for two of her team-leading 13 points on the night. (Photo by Anthony Richards)

Senior Grace Autery had a highly productive night for the Panthers with 13 points and seven steals.

Autery’s presence at both ends of the court was one of the reasons Jemison was able to make a serious run late in the contest.

The Rebels led 29-17 at halftime and 39-22 heading into the fourth quarter, but Jemison cut the deficit to single digits with less than a minute to play after Ashlee Hilyer buried a 3-pointer and Jaclyn Lowery converted a transition layup.

However, the offensive push came too late in the affair and there was not enough time on the clock to construct a true comeback bid.

Thorsby has won both games they have played since winning the county tournament.

“We’re not letting it get to our heads, and we continue to play our game,” Wyatt said.