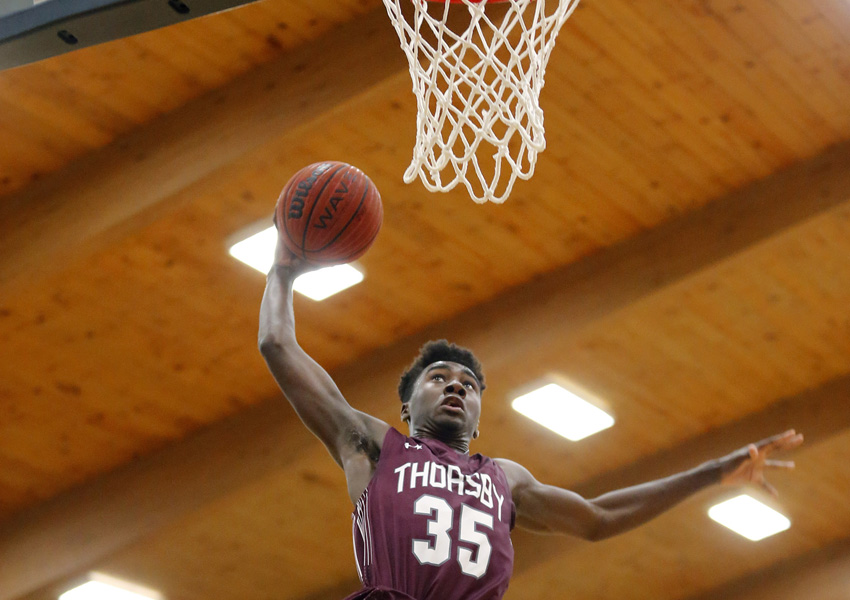 The Thorsby boys basketball team is riding a wave of momentum as they prepare to be immersed in region play in the coming weeks. (Photo by Brandon Sumrall/Special)

For the Thorsby Rebels boys basketball team, being back-to-back county tournament champions is just one goal on their 2019-2020 checklist.

The next goal is a region title, which will become clearer with four-straight games against region opponents in the next couple of weeks.

“I loved winning the county tournament, but my ultimate goal is for us to win the region,” Thorsby head coach Russell Ricks said. “There’s more work to do and they [players] know.”

Thorsby already has one region game under its belt, a 62-44 victory on the road against Fayetteville on Dec. 10.

The Rebels are 13-3 on the season and continue to be on a wave of momentum following the county tournament title.

One of the areas where Ricks has seen the most growth since the start of the season is team defense.

“We’ve lived on our defense this year,” Ricks said.

However, he still sees growth to be made on the offense.

“We’re getting better and starting to speed things up just a little bit,” Ricks said. “I want to start pushing the ball and getting a little more explosive on the offensive end.”

According to Ricks, his team showed a glimpse of what that style of play can do when they scored 30 fourth quarter points and ran away with a win against Alabama Christian academy in the Maplesville Christmas Tournament on Dec. 30.

Having the ability to mix in a high-paced offensive attack with Thorsby’s consistent lockdown defense could be the recipe for success moving forward for the Rebels.

“If we do that, then we’re going to be pretty hard to beat,” Ricks said.

Increasing productivity from long range is another aspect that Ricks would like to see taken to the next level.

“We haven’t shot threes well all year,” Ricks said. “I’ve probably put a little pressure on them about not shooting as many, but I’m fixing to turn them loose and give them a little more freedom. We’ll see if it can translate into more points.”

The basketball program’s success in recent years has been noticed by community members and the school’s administration. 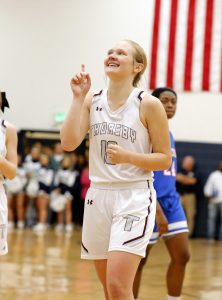 It is all smiles around the Thorsby basketball program at the moment. (Photo by Brandon Sumrall/Special)

The girls also have high hopes for the rest of the season after also taking home a county title in this year’s tournament.

As a result, money has been raised to improve the school’s basketball facilities during that time with a new court, lighting and scorer’s table.

“That’s all thanks to Mr. Clements,” Ricks said. “He played basketball for me years ago, and he’s a basketball guy. He’s provided us with what we need and is 100% supportive.”

Ricks has seen an appreciation for the facility upgrades by his players.

Fan support has been another consistent force for the Thorsby basketball program.

“Basketball has always been big here at Thorsby even in years when we didn’t have very good teams,” Ricks said. “Now we’re having success, it’s even more important.”