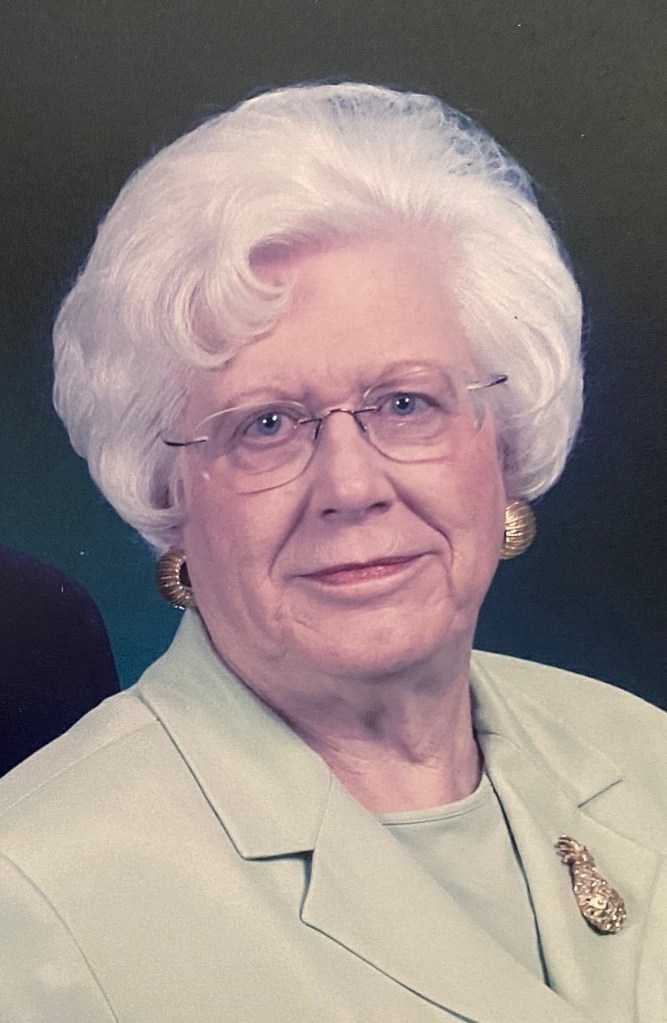 Longtime educator Martha Mims died on Dec. 27 at the age of 88.

Her career with Chilton County Schools spanned 46 years, according to her obituary.

She taught at Clanton Elementary and Isabella schools before becoming the Isabella High School principal. Several of these years were spent teaching third grade.

Hal Ellison, a distant cousin, said she was one of the first women to be a high school administrator in Chilton County Schools.

“Mrs. Martha Mims was a legend in education in Chilton County,” CCS Superintendent Jason Griffin said. “Her contributions to Isabella and the county as a whole will always be appreciated. Our thoughts and prayers are with her family.”

Pastor Tony Hughes, who officiated her funeral on Dec. 29, described Mims as a “unique individual” who was dedicated to her profession.

“She will be missed,” Ellison said. “Hopefully, her influence will live on for a long time through other people.”

Hughes said many who knew Mims as a young person described her as someone they wanted to be like.

As a child, she attended Mt. Nebo Methodist Church with her parents as an adult she attended First Baptist Church in Clanton. Ellison said Mims remained “very supportive of both churches” throughout her life.

Ellison also had Mims as his third-grade teacher. He had to adjust to calling her Miss Mims instead of Aunt Martha. In 1985, Mims hired Ellison as the head football coach and athletic director for Isabella High School.

“She was a very good principal, very dedicated,” Ellison said. “She was dedicated to Isabella High School — loved it, loved the kids. (She) could be tough when she needed to be but could be very supportive … Everything that went on over at that school she wanted it to be first class and organized because that is the way she was.”

Ellison said she was supportive of athletics as well as academics.

“Anything she was a part of she wanted it to be the best it could be,” Ellison said.

He particularly remembered one football game when the referee calls were “not going the way we thought they should go”, and he looked up during a timeout and saw Mims “fired up.”

He pointed this out to his players emphasizing the support she had for the team, and the team went on to win the game.

“She was very supportive of me and helping me through the mistakes that I made early on, teaching me what it was to be a good administrator,” Ellison said. “Hopefully, my job reflected that … you knew if you had her approval, you had done well … I could not have worked for a better person.”

He said Mims had an “influence on everybody there.”

“She loved teaching and what she knew it could do for young people,” Hughes said.

After conversations with those who had worked with Mims in the school system, Hughes said “she set very high standards for herself and expected that of others.”

“Martha was so dedicated to her school and her love of Isabella School that she worked way past the time that would have been advantageous for her to retire,” Hughes said.

He commented that she wanted to continue to have a positive impact.

Mims was married to her husband Dan for 62 years.