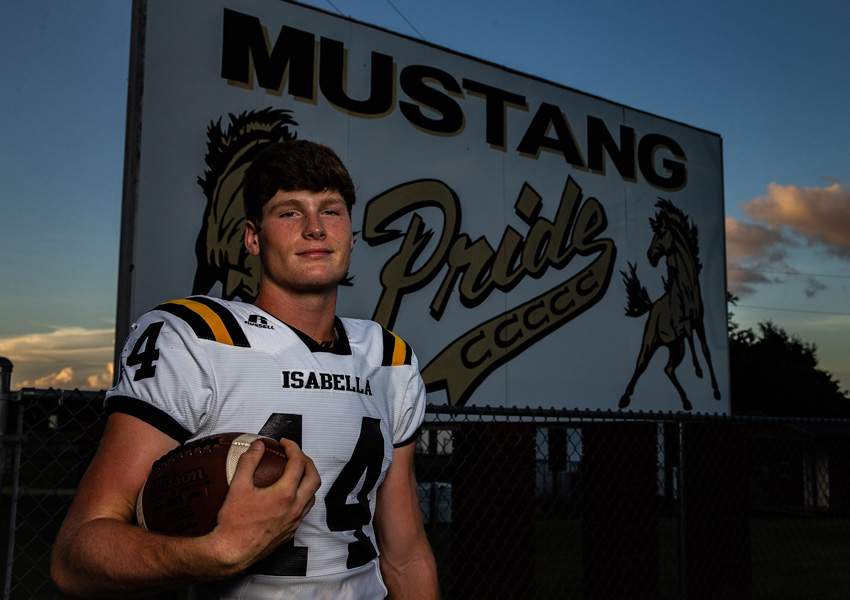 Isabella senior Cole Atchison is the The Clanton Advertiser’s 2019 Football Offensive Player of the Year. (Photo by Brandon Sumrall/Special)

Cole Atchison waited his turn to become starting quarterback and is now the 2019 All-Advertiser Football Offensive Player of the Year.

“I got my shot my senior year, and I couldn’t have asked for a better one,” Atchison said. “I felt like we could do anything as an offense.”

He was handed the keys to the figurative car and made the most of it by helping the IHS football program take a huge step forward.

With his play, Atchison has cemented a legacy that is sure to be remembered and talked about within the Isabella community for years to come.

Of course accounting for 2,522 total yards of offense and 40 touchdowns will leave quite the lasting mark.

“We knew it was going to be good, but we didn’t know how good,” Atchison said.

Atchison was the definition of a dual threat having surpassed 1,000 yards both through the air and on the ground.

He thanked his offensive line for giving him the time he needed to make the necessary plays. 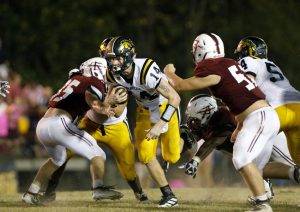 Atchison accounted for 2,522 total yards of offense and 40 touchdowns. (Photo by Brandon Sumrall/Special)

“I could make a sandwich back there [in the pocket] at times,” Atchison said

Atchison appeared to have a seamless connection with Kendall Reeves and Braxden Giles, who were on the receiving end for most of his 19 touchdowns.

According to Atchison, such a strong connection does not develop overnight.

“Kendall and I used to throw the football around in the fifth grade,” Atchison said. “I knew he was going to be one of my big targets, because he can beat most people on the field with his speed.”

In the biggest of games the Isabella coaching staff was not afraid to lean on him toting the rock to wear down the opposing defense and move the ball down the field. Against Maplesville he carried the ball 38 times.

“I enjoy getting it all put on my back and the challenge of it,” Atchison said.

However, there were also games where he did not run at all and made a living with testing the secondary with deep balls down the field.

“I surprised myself with my passing this year,” Atchison said. “We didn’t throw near as much as we had in previous years, but yet we had more passing yards.”

This was a result of big plays being a major part of the offense. He averaged 19 yards per completion.

The ability to be a game changer in multiple ways presented a constant conundrum for opposing defenses.

According to Atchison, all the stats and success is a testament to the hard work and dedication that he and his fellow teammates put forth during the offseason.

“When we beat Maplesville, that was probably the big kicker,” Atchison said. “That was when it really started to sink in.”

Atchison started playing football when he was about 6 years old and has been playing ever since.

“He’s just a hard-nosed kid,” Isabella head coach Tate Leonard said. “He finds a way to get it done.”