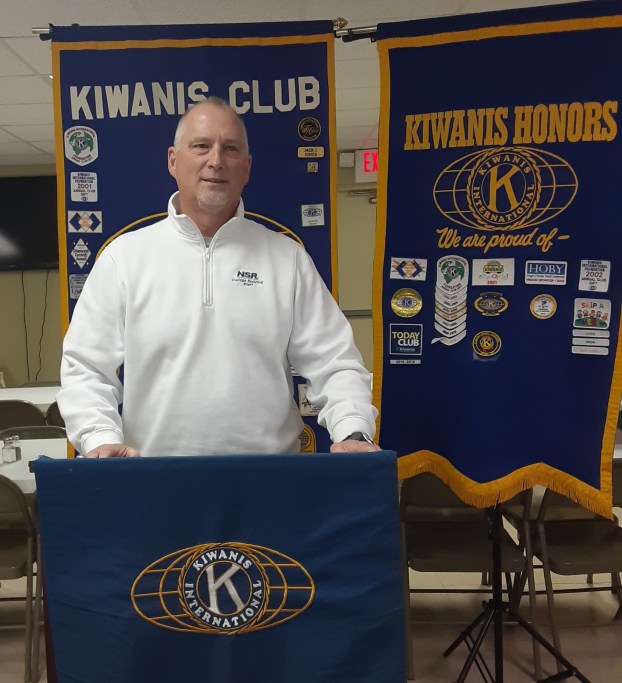 Larry Perrin recently spoke to the Clanton Kiwanis Club about his job as an athlete scout with National Scouting Report.

The company does scouting for a variety of sports, including football, volleyball, cheer and others.

Perrin said he is from “a very economically depressed part of the state of Arkansas,” where the vast majority of high school graduates do not go on to continue their education.

He was able to pay for college through a football scholarship. Perrin emphasized the importance of the next generation, because it will shape what this area looks like in the future.

He said he wants to give students the opportunity “to use their sport as a tool that get them to their education” through scholarships whether specifically for sports or an academic scholarship emphasizing that education is the key to getting a good job.

“We find a young person we like them as an athlete and we have sport specific scouts that evaluate young people to determine if they have a college skill set,” Perrin said. “If they have that college skill set, then we get them into our program and promote them out to colleges for consideration. We will send out mailings, we’ll make phone calls, we’ll arrange tryouts.”

Athletes are found by watching games, referrals from coaches and combines.

The goal is to get the young athletes in front of college coaches “to show them what they can do.”

“We emphasize that we are very picky about the students that we choose to promote,” Perrin said. “We want students that are going to be a great representative of our company, of course, and themselves and their community.”

He said he wants student athletes’ successes to inspire younger students who are watching.

Having an education allows students to choose their employer, rather than having to take whatever job is available, Perrin said.

Perrin said he had moved to the Alabaster area for his job, but Clanton drew him. This was partly through Clanton Church of Christ.

“Never felt more at home with a group of people in my life than I did (there),” Perrin said. “Some of the most welcoming people I have ever met.”

He said since than everyone he has met has been nice.

“This place is awesome. Cherish what you have here,” Perrin said.

National Scouting Report was started several years ago by a father who was looking for a better way to get his son’s talent in front of coaches.

By J.R. TIDWELL/ Editor  Members of the Fraternal Order of Police from Chilton County invited a select group of parents... read more