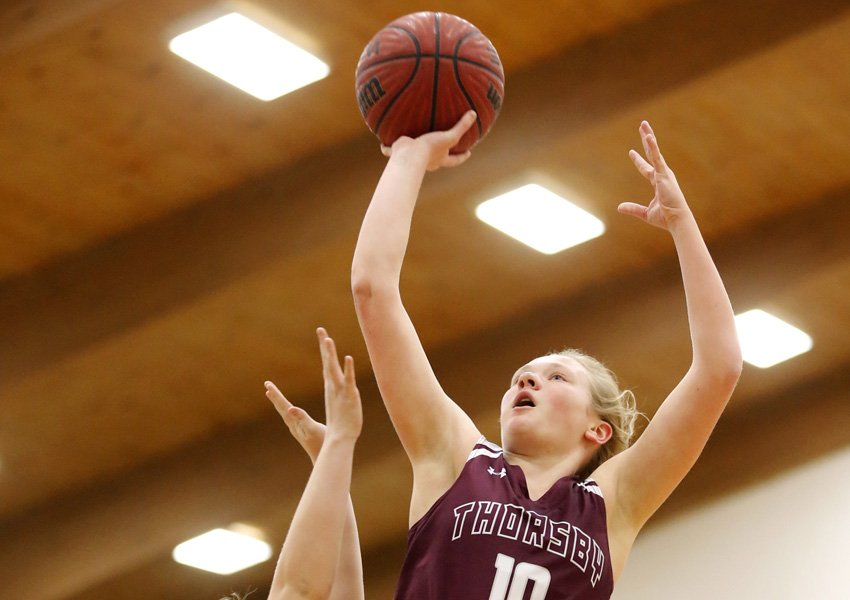 Thorsby’s Carlee Wyatt scored a game-high 20 points against Jemison in the semifinals of the county tournament on Dec. 18. (Photo by Brandon Sumrall/Special)

Thorsby’s girls basketball took another step toward a possible county title with a 46-24 win against Jemison in the semifinals of the 2019 Chilton County Basketball Tournament on Dec. 18.

“It means a lot to me,” Thorsby senior Karlee Kincaid said. “We just need to continue to be focused and go in there [championship] ready to play.”

Carlee Wyatt scored 20 points, including a trio of long-range bombs in the third quarter as the Rebels began to extend its 16-15 halftime lead.

She followed one of those 3-pointers with a steal in the backcourt and a quick two points from a transition layup.

Kincaid also had a productive night shooting the ball with 10 points. She provided the team another weapon from beyond the arc with a pair of 3-pointers.

“When I get on a roll, I just try to keep it going,” Kincaid said.

Part of Thorsby’s success has been the precise ball movement exhibited on the offensive end of the court. 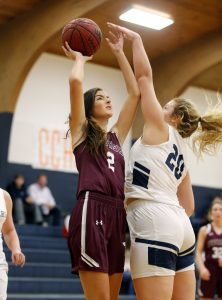 Thorsby players were making the extra pass in the half-court offense several times during the matchup, which made it difficult for Jemison to defend.

“We’ve got a good coach,” Kincaid said. “He [Kris Wood] loves us and we love him. Without him, we wouldn’t be where we are.”

Other than the Carlee and Karlee show, Thorsby received good games from Emily Jones and Cameron Lockhart, who had six points apiece.

The Rebels have won both their county tournament games by 20-plus points.

“I think if we play to the best of our abilities, we have a great chance of winning it all,” Kincaid said. “It’s about just playing our game.”

On the other end of the spectrum, points were hard to come by for Jemison, especially in the second half.