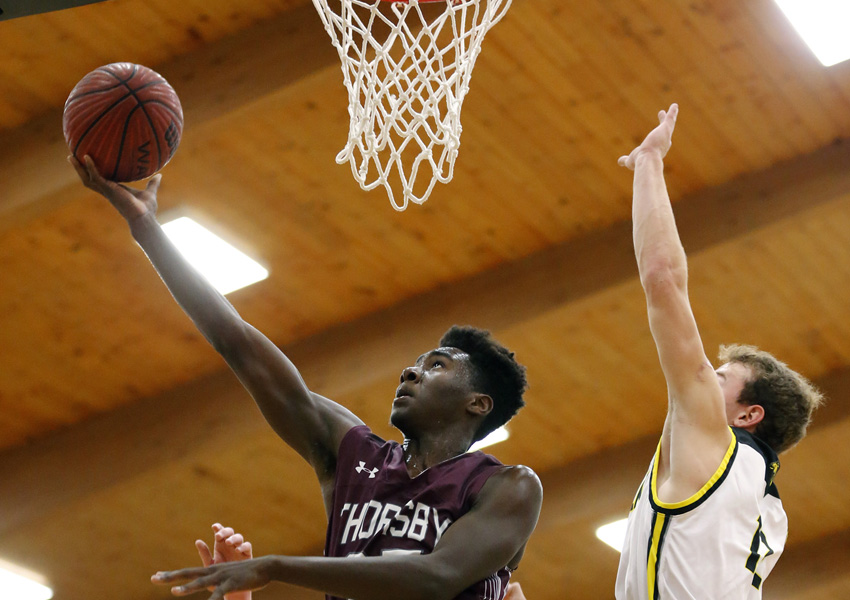 Xzavier Leverette of Thorsby had 12 points in the semifinal victory against Isabella in the county tournament on Dec. 18. (Photo by Brandon Sumrall/Special)

It was a big night for Thorsby after the boys varsity basketball team defeated Isabella in dominant fashion, 49-24, in the semifinals of the county tournament on Dec. 18.

With the win, Thorsby will now compete for county titles in both the boys and girls brackets. The girls took care of business earlier in the night.

The boys will be going for their second-straight boys county championship after winning it all a year ago.

“I think we can get it [title],” Thorsby junior Xzavier Leverette said.

The Rebels opened up a 15-6 lead at the end of the first quarter and 21-10 at the halftime break. 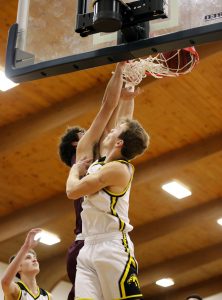 Sawyer Sellers led all scorers with 18 points, while Tucker “Dale” Patterson had 15 points and Leverette bounced back nicely with a 12-point performance.

Sellers and Patterson have made their presence felt in more ways than one in the last couple of games.

Leverette was back to his old ways of offensive contribution after dealing with foul trouble against Chilton County High School in the opening round.

“I had to play smart, because it’s about the team and you can’t be out there just doing your own thing,” Leverette said. “The coaches tell us to slide our feet [defensively] and get rebounds. That’s what it comes down to.”

Isabella kept the game within striking distance throughout the first half and demonstrated its share of grit and determination.

Elijah Littlefield was a bright spot offensively for the Mustangs. He led the team with eight points and a couple of nifty acrobatic drives to the hoop.