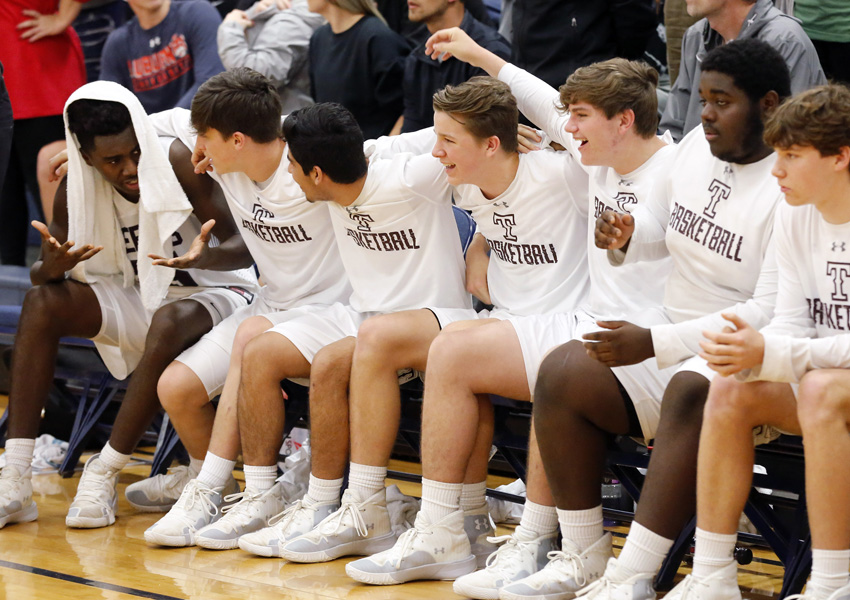 It took a team effort, but the Thorsby Rebels defeated CCHS in the first round of the county tournament on Dec. 16. (Photo by Brandon Sumrall/Special)

The Thorsby Rebels boys basketball team kept their county title defense alive after a compelling 44-39 overtime victory against the Chilton County Tigers in the first round of the county tournament on Dec. 16.

Thorsby led 32-29 heading into the fourth quarter but was also faced with juggling foul trouble, which put the Tigers in the bonus midway through the quarter.

However, CCHS was unable to take full advantage of the bonus situation after missing several free throws down the stretch.

After Sergio Romero-Rodriguez went one-for-one from the free throw line, Thorsby’s Sawyer Sellers scored with a nifty post move to put the Rebels up 37-36.

“I’ve been in the post a lot more this year, and it really gives me a chance to get to the free throw line,” Sellers said.

Tucker “Dale” Patterson then hit a pair of free throws with 11 seconds left to extend the Thorsby lead to 39-36.

That is, until CCHS’s Byron Davis banked in a desperation 3-pointer at the regulation buzzer to force overtime.

Following Byron Davis’ big shot, both teams had to clear out the emotions and press the proverbial reset button heading into the extra period. 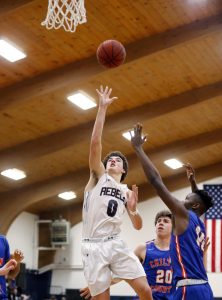 Thorsby’s Sawyer Sellers shoots a shot in the paint against CCHS. (Photo by Brandon Sumrall/Special)

“We knew they had the momentum hitting that big shot, but we felt like if we could just continue what we were doing, that we had a good chance to win,” Thorsby’s Koby Davis said.

Sellers scored all five of the Rebels points during the overtime period, while the Tigers could not buy a basket or an offensive rebound.

The result was several one-and-done trips down the court for the CCHS offense.

“We were just trying to stop Shi Keem and get rebounds,” Sellers said. “We couldn’t let them get second-chance shots.”

Sellers turned it on late for Thorsby with 12 of his game-high 14 points on the night coming in the second half and overtime. He was also a force on the glass.

“It was all about coming out and finishing,” Sellers said. “Starting since I was a freshman, I’m not nervous out there any more.”

Thorsby seniors Davis and Patterson had productive scoring nights with 11 and 13 points respectively.

“When I got the ball, I was just looking to make some moves,” Koby Davis said. “I seemed to get in a rhythm, and it was like that from then on out.”

Shi Keem Laister tied a game-high with 14 points, all of which came in the second half.

Laister’s performance was key in the Tigers second half comeback after trailing 21-12 at halftime.

The game’s atmosphere was energetic throughout the contest, as it seemed like the entire Town of Thorsby was on hand to root on their team.

Rebels cruise to victory over MHS