Rebels cruise to victory over MHS 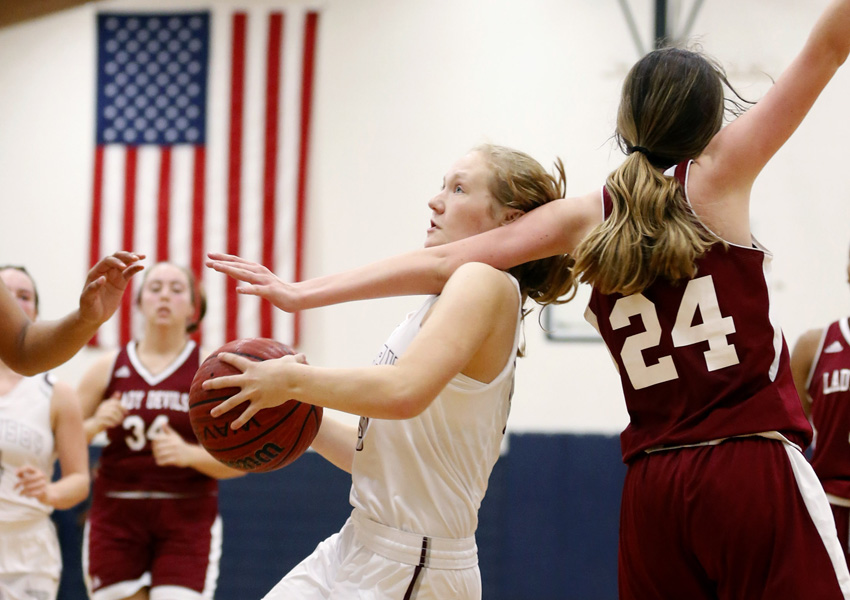 Carlee Wyatt drives past a Maplesville defender during the first round of the county tournament on Dec. 16. (Photo by Brandon Sumrall/Special)

The 2019 Chilton County Basketball Tournament got off to a roaring start for the Thorsby girls basketball squad after a 43-13 victory against Maplesville in the opening round Dec. 16.

“It felt great, because this is my third year playing in the tournament and the first time we’ve been able to advance past the first round,” Thorsby guard Lindsey Wood said. “Moving on is a pretty cool thing.”

Thorsby jumped out to an early lead en route to the 30-point triumph. The Rebels led 27-3 at the halftime break.

Carlee Wyatt continued her recent hot shooting streak with a game-high 24 points to lead the way for the Rebels.

Karlee Kincaid added six points, and Cameron Lockhart used her hustle to punch in another five. 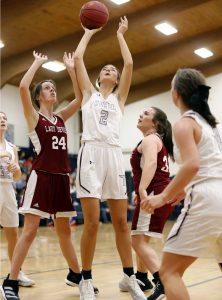 Emily Jones of Thorsby shoots in the post against Maplesville. (Photo by Brandon Sumrall/Special)

The Red Devils were led by Shaveon Dunlap’s eight points.

Unfortunately for Maplesville, Dunlap was the only offense it could muster throughout the night.

The Rebels consistently looked to push the pace and the guards were responsible for grabbing offensive rebounds and surveying the court for quick transition buckets.

“We have a big group of leaders on the team,” Wood said. “There isn’t just one person that sticks out. We all want to score, but we first look to pass the ball.”

The past two seasons Wood’s father Kris has also been her head coach.

According to Wood, it is a special dynamic that creates some interesting conversations at the dinner table.

“Basketball never stops,” Wood said. “It’s not just at practice and games, but continues at the house. It’s been fun, and he makes me work hard and earn my spot.”