Pierce to pitch for Coastal Alabama 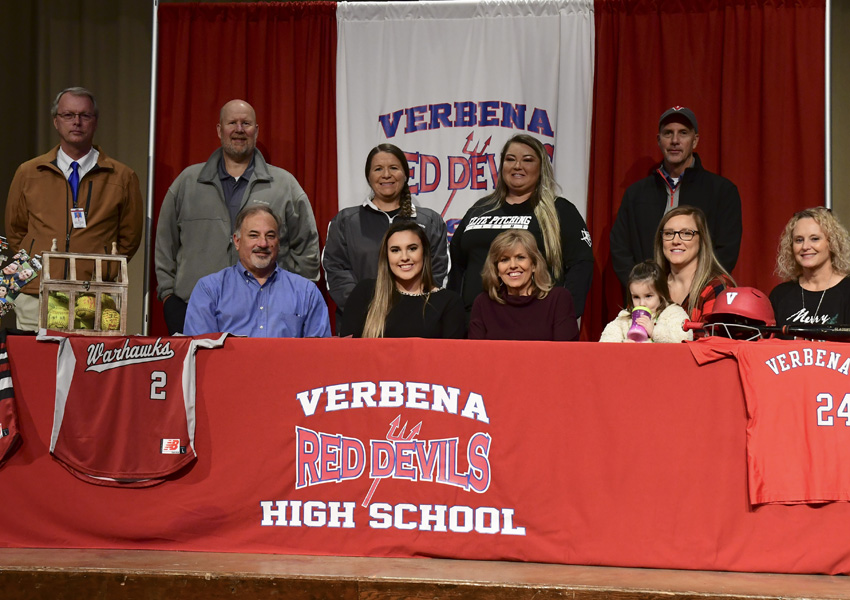 Verbena’s Jenae Pierce signed to play softball at Coastal Alabama during a ceremony on Dec. 12. (Photo by Anthony Richards)

Pitching is what Verbena senior Jenae Pierce loves, and she will get the opportunity to do just that at the next level after signing to play softball at Coastal Alabama Community College.

Family and coaches surrounded Pierce onstage, while her friends and other supporters watched during a ceremony in the Verbena High School auditorium on Dec. 12.

According to Pierce, the recruiting process was hectic at times, but she is relieved to finally know that her playing career is not over after high school.

“It was really chaotic at times trying to get seen by everybody [colleges],” Pierce said.

Pierce is a member of Elite Pitching Academy, and they helped setup a workout with the Coastal Alabama coaches, and that was helped seal the deal.

She left the workout feeling confident about how everything went.

“I just felt really excited, because I knew that was the team I wanted to be with,” Pierce said. 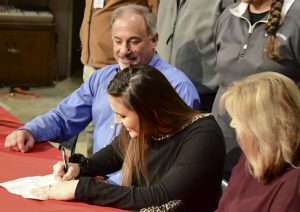 Pierce will have the opportunity to pitch at the next level. (Photo by Anthony Richards)

One of the reasons Pierce was intrigued by Coastal Alabama was the fact that they offered her the opportunity to pitch, which other schools had not.

Pierce has pitched some in high school but has primarily been a catcher.

“I like having control of the ball and the ability you have as a pitcher to lead your team in a different kind of way,” Pierce said.

She has been playing softball since she was 5 years old.

“It started there, and it just never ended,” Pierce chuckled.

Pierce understands that playing in college will be different than high school, and she cannot wait to experience it for herself.

“I can’t wait to see all the different kind of people that I’m going to meet,” Pierce said.