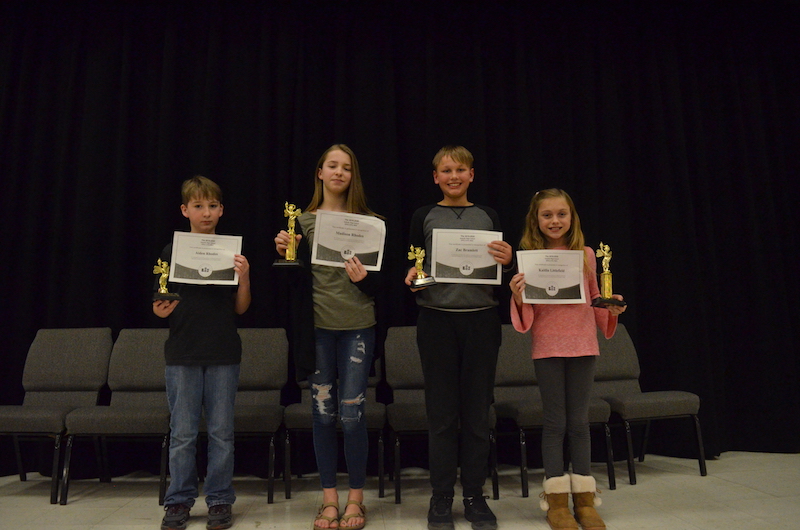 After a few rounds going back and forth spelling words, Madison came out on top by correctly spelling her championship word “generation.”

“I thought I wouldn’t come in first,” Madison Rhodes said.

She said it was “really surprising.”

Madison had prepared for the event by writing the words and had some help from her mom.

Aiden said the siblings did not study together.

“I didn’t think I would do that good,” Aiden said. “I thought I was going to be the first one out.”

After exceeding his expectations, Aiden said he was “really happy about it.”

Aiden said he had studied with his parents to prepare for the event.

The opening word for the bee had been “candles.” Problem words included earthquake, delivery, antennas, distressed and messenger.

Kaitlin said she studied after school with her mom to prepare for the event.

Zac Bramlett said he had not studied very much for the competition.

“It means a lot to me that I got runner up,” Bramlett said.

Some of the words that had given students trouble included disinfectant, trembling, understand and audience.

Both Madison and Kaitlin will represent IHS at the county bee.