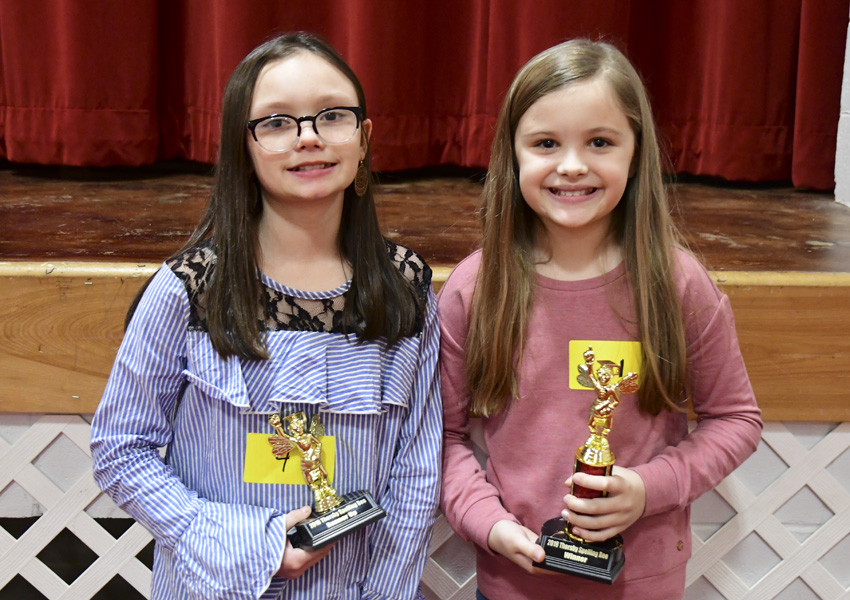 Killingsworth won the third through fifth grade portion of the event and Wade held the top spot in the sixth through eighth grade contest.

It was the second-straight year Killingsworth competed in the bee, but the result was at the opposite end of the spectrum after she did not fair so well last year.

According to Killingsworth, she believed the previous experience helped her heading into this year’s competition.

“I felt a little bit more confident because I had done it last year, but I didn’t really know if I had a great chance of winning,” Killingsworth said.

Although she knew what to expect, there was still a sense of pressure standing on stage with all eyes on her.

“You’re not able to breath at all,” Killingsworth chuckled. “It’s hard to talk when you can’t breath.”

After 21 rounds, she correctly spelled “samples” as her championship word.

Wade’s confidence was evident on stage, especially after he correctly spelled the championship word “microwave.” 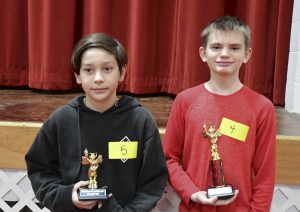 However, even being confident does not erase the pressure of the moment when you are asked to spell a word correctly on the spot.

“You spend the whole time hoping you don’t mess up,” Wade said.

A technique that works for Wade to keep him focused is to look at the floor and not the crowd when spelling a word.

They both took different paths of preparation en route to victory.

Wade studied the word list for about a week while Killingsworth only studied the day before.

According to Wade, his parents played an important role in the studying process.

Both winners will advance to take part in the county spelling bee on Jan. 31 at the LeCroy Technical Center in Clanton.

According to Killingsworth, the thing she is looking forward to most about competing at the county level is the opportunity to meet new people.

“I’m expecting a lot of people, and hoping nothing a part from me winning,” Wade said.