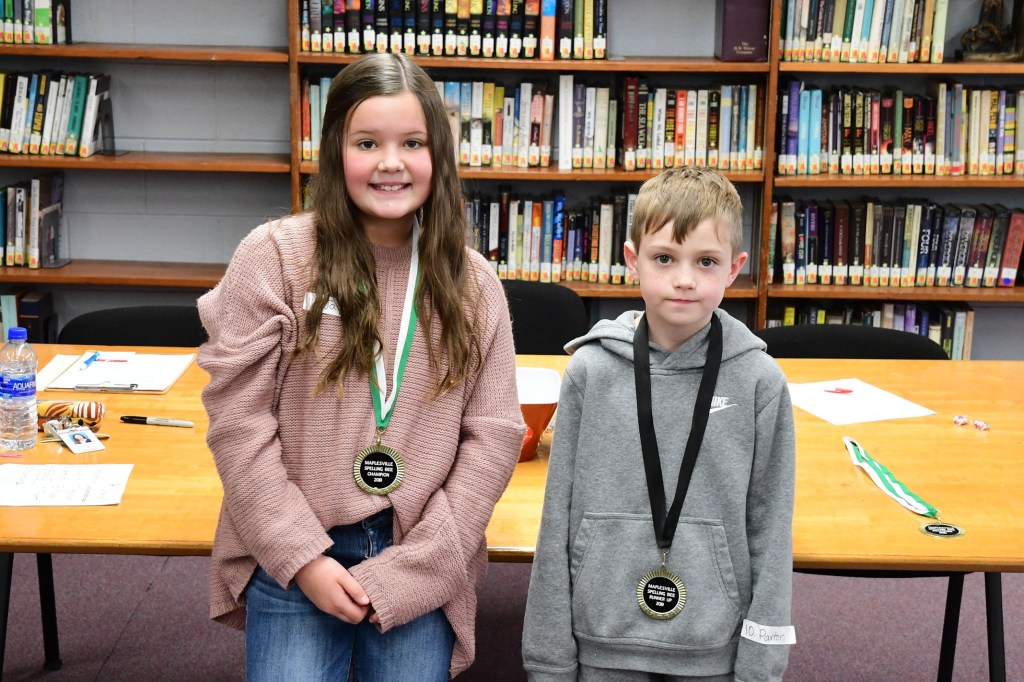 Maplesville High School hosted another round of a tried and true tradition, the spelling bee, for its students Dec. 11 in the school library.

Participants in the third through fifth grades competed against their peers to see who could spell the most words correctly.

Students were required to repeat the word they were given, spell the word and then signal they were done by repeating the word once again.

In the end, it was Jadyn Smitherman who outlasted the rest by correctly spelling the winning word “diminished.”

Her schoolmate Paxton made it to the ninth and final round with her but failed to spell the final word correctly, giving Jadyn a chance to win the competition.

“I have done it (the spelling bee) before,” Jadyn said. “This is my third year in a row. It was nothing new, really.”

Jadyn said she practiced every day leading up to the event.

“I studied until I ran out of time,” she said.

She said she was “excited” to win the spelling bee for her age group.

Both Jadyn and Paxton will attend the county spelling bee to be held Jan. 31 at LeCroy Technical Center in Clanton. Jadyn will represent MHS in her age group unless she is unable to attend the event.

The moderators and students went through a practice round before the event proper began.

The first word of the competition was “gorp,” another word for trail mix.

Many of the 20 or so students remained until the fifth round when several competitors were knocked out of the running by tougher words.

By the seventh round, the bee was down to three students.

The young man who came in third place received the word “residence.” He did not ask for a definition or a sentence and correctly spelled instead the homophone “residents,” an easy mistake to make.

That was all that separated him from Jadyn and Paxton, who both made it through the eighth round before the competition came to a close in the ninth.

Middle school students were set to compete later in the day at MHS.