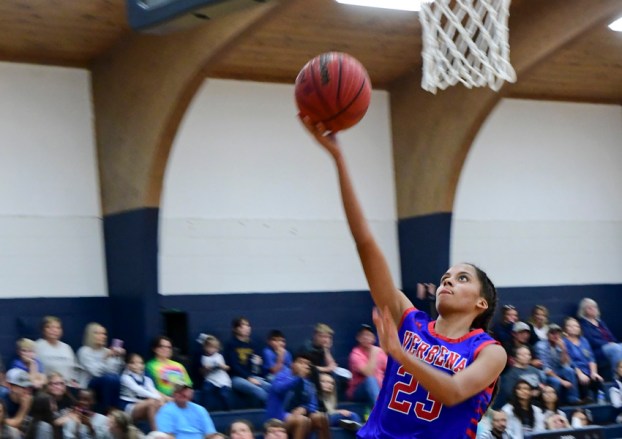 Jasmyn White of Verbena scored 32 points during a 60-59 victory against Jemison on Dec. 5.

Verbena won a couple of wild basketball games against Jemison on Dec. 5, as the Red Devil girls and boys each added a notch to the win column.

The girls kicked things off with a nail-biting 60-59 victory, in which Jasmyn White led the Verbena attack with 32 points.

It was a bounce back performance for White after she was held in check with 13 points in the first matchup against JHS, a loss, on Nov. 22.

Macey Kelley added another 11 points for the Red Devils.

In the boys contest, the craziness cranked up to 10 after Verbena erased a double-digit lead by Jemison to win 75-62.

Verbena scored 33 fourth quarter points as part of the comeback.

The Panthers finished short-handed with just three eligible players left after the rest of the team had fouled out.

The referees handed out five technical fouls to Jemison during the game.

Austin Scott was one of Verbena’s heroes on the night with a career-high 43 points, the majority of which came at the charity stripe.