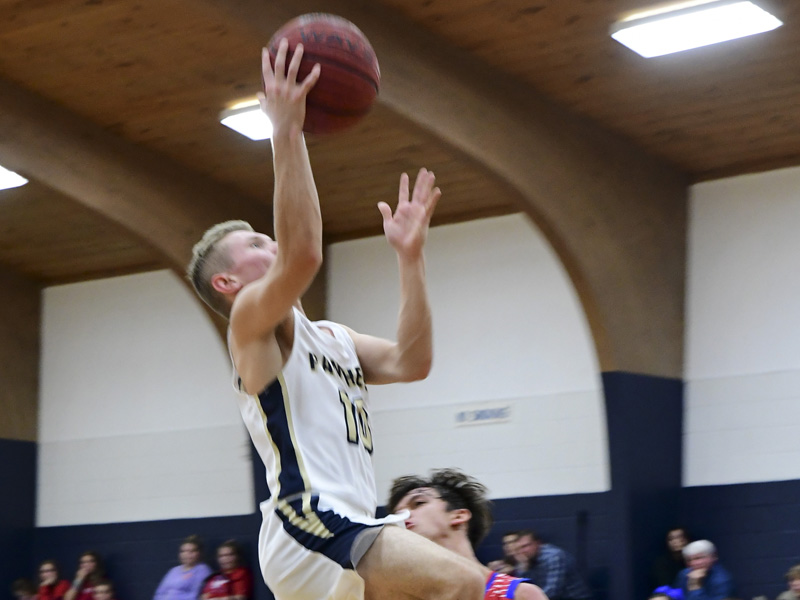 Daniel Martin of Jemison drives to the basket against Verbena on Nov. 22. He scored 11 points in the game. (Photo by Anthony Richards)

It was the Panthers’ first win of the season and came after the Red Devils were able to jump out to a 14-8 lead at the end of the first quarter and 20-19 at halftime.

The fast start was fueled by Verbena knocking down four 3-pointers, including a pair from senior Xavier Dejarnett, who had seven first half points.

“We thought we could come out strong, and luckily we made a few,” Dejarnett said. “We just couldn’t finish. This is a team loss.”

Jemison grabbed the possession of the lead early in the third quarter and was able to play from out in front for the remainder of the game.

“We came back out [in second half] and started making some shots,” JHS senior Daniel Martin said. “It started out slow, but we got it going.”

After a quiet first half, Nathan Johns, one of the Panthers’ key contributors, eventually found his rhythm and began putting the ball through the hoop in the fourth quarter. 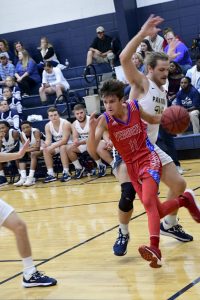 Johns helped extend Jemison’s lead for good with a pair of old-fashioned 3-point plays down the stretch. He wound up leading all scorers with 16 points.

James Wright and Martin both had double-digit scoring performances for the Panthers, with 12 and 11 points respectively.

“It was a pretty even and hard fought game,” Martin said. “I’m glad that we were able to finish it off.”

Martin has returned to the squad after not playing for the team a year ago. Prior to that, he was the winner of the 3-point contest at the county tournament.

Having him back in the lineup presents Jemison with another scoring threat, especially from long range.

“If we just fix the little mistakes, we’ve got a chance to do something great,” Martin said.

According to Dejarnett, he can see the gains the team is making, but the final step is to play a full 40 minutes.

“We fight every day in practice, but as a leader I have to show them what it takes to finish a game,” Dejarnett said. “My big brother (Verbena legend Juwan Tyus) always taught me how to lead, and now it’s up to me.”