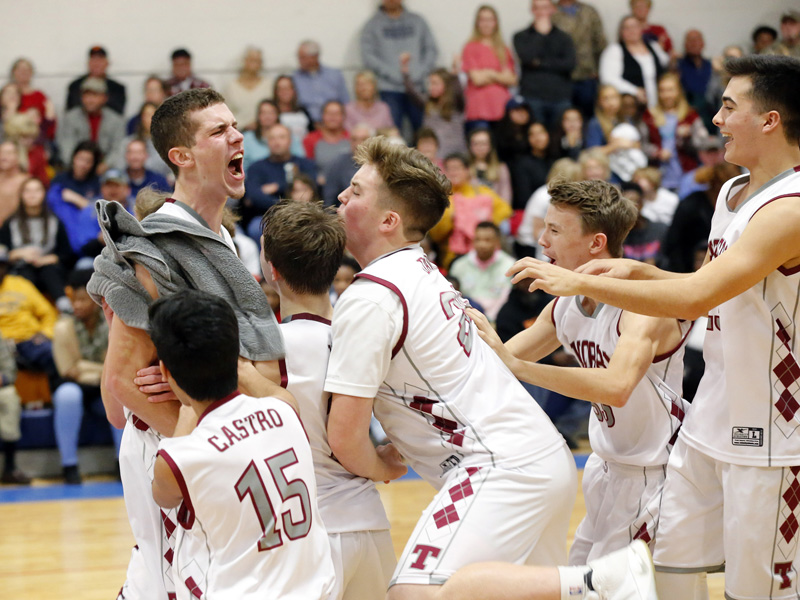 Players and fans experience a range of emotions each year during the county basketball tournament. (File photo)

The 2019 Chilton County basketball tournament will take place the week of Dec. 16.

It is always a true showcase of basketball in the county and of course the stakes are among the highest they will be all season.

This year’s event is as up for grabs as I’ve seen it in my four years covering the tournament.

Although there will be a designated top seed heading into the week, there does not seem to be a clear-cut favorite on either the girls or boys side of the bracket.

One of the reasons for the parity across the board is that nearly every team has someone, who has a proven track record of being a go-to scorer.

Some of the marquee players to watch include Shi Keem Laister of Chilton County High School, Jasmyn White of Verbena, Jackson Abbott of Maplesville, Carlee Wyatt of Thorsby and Nathan Johns of Jemison, just to name a few.

That is some of the best talent the county has to offer, and they each have the same goal of claiming bragging rights on the hardwood for the next year.

I’ve had the opportunity to watch Thorsby, Jemison and Verbena play this year, but many other teams don’t start their season until the calendar rolls over to December.

You can bet that the coaches will be doing everything they can in those first couple weeks of December to use those games as possible momentum entering the county tournament.

The environment is one of, if not the most, intense they will play in all season.

It is the type of atmosphere that players dream of growing up, and one of the reasons why we became sports fans in the first place.

So regardless of what team you root for, I encourage you to come out and do your part in supporting basketball in this county.

I promise you will not be disappointed and may even be surprised at the talent we’ve been blessed with.