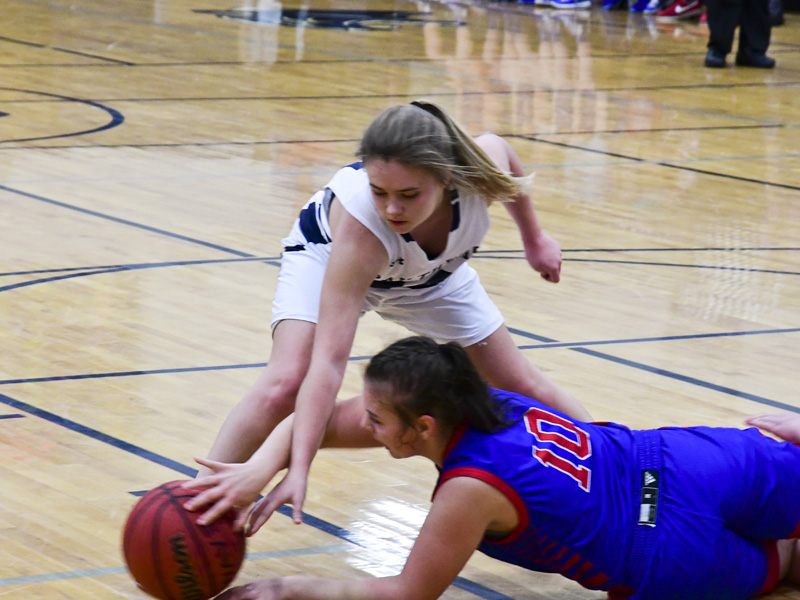 Behind a strong defensive performance the Jemison girls basketball team picked up a 38-34 victory at home against Verbena Nov. 22.

The Panthers schemed to limit Jasmyn White’s offensive production and were able to do just that for much of the game.

White was shadowed tightly throughout the contest. Wherever she went, a Jemison defender was closely behind.

The majority of the time, Brooke Smith was tasked with guarding White. Haileigh Greer took over the role when Smith was getting a breather on the bench.

Both did their part in helping hold one of the county’s most prolific scorers in check.

“It was hard whenever she was cutting, but you just had to work to stay with her,” Smith said.

It was a challenge that Smith embraced as soon as Jemison head coach Kelsey Mims informed her that she would be matched up with White. 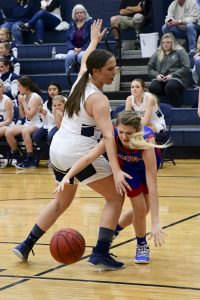 “I was ready,” Smith said with a smile on her face.

White scored all 13 of her points in the second half after going scoreless in the opening two quarters. Earlier in the week, she posted 37 points in a win against Thorsby.

“At practice I told them that ‘I don’t care what it takes, but she’s not scoring 37,’” Mims said. “We were going to make the rest of the team beat us.”

The Red Devils started fast and led 10-2 at the end of the first quarter. Isabella McDaniel and Dakota Adams each hit 3-pointers during the opening stanza.

McDaniel finished with 11 points on the night.

However, Jemison seized control of the game’s momentum by outscoring Verbena 18-2 in the second quarter to lead 20-12 at halftime.

“The defense was great in the first quarter, but the offense just got in their own way,” Mims said. “We were able to slow it down, and finally the shots started coming.”

White eventually got going in the second half and helped Verbena cut into the lead, but the final four-point margin was the closest the Red Devils could get down the stretch.

Ashlee Hilyer led the Panthers with 12 points and four assists.

According to Mims, Jemison’s difference this season is the team’s added depth.

“Last year we played most of our season with seven to eight people,” Mims said. “Having a team of 14 that are athletic helps.”