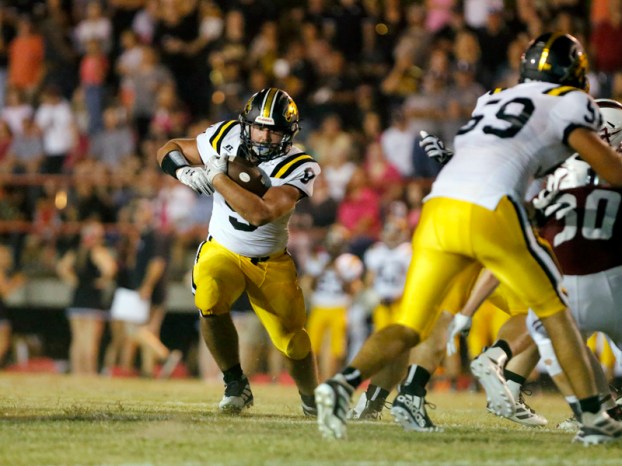 Isabella falls to Lanett in 3rd round

The Isabella Mustangs magical 2019 season came to an end following a 41-21 loss on the road against Lanett (13-0) in the third round of the Class 1A football playoffs Nov. 22.

The Mustangs put up quite the fight and only trailed 13-7 at halftime after a 48-yard touchdown run by Cole Atchison put IHS on the scoreboard in the first quarter.

After both teams went scoreless in the second quarter, Lanett began to find its stride and the result was a 27-7 lead heading into the final quarter for the Panthers.

However, Isabella continued to fight and demonstrate the hard working spirit that helped orchestrate an undefeated season to that point.

The Mustangs kept pace in the fourth quarter with a pair of passing touchdowns from Atchison.

On the scoring strikes, he connected with fellow seniors Lance Price and Kendall Reeves for 20 and 29 yards respectively.

Atchison threw 20 times in the contest and completed seven of those attempts for 104 yards and the two scores. 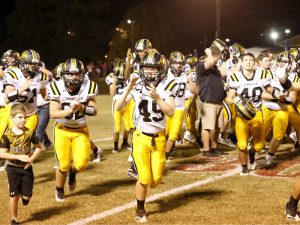 The Mustangs finished a memorable season with a record of 12-1. (File photo)

The Mustangs’ pass attempts were much higher than a week ago against Millry, when Atchison only threw four times.

Atchison also led IHS on the ground with 116 yards and a touchdown on 27 carries. Unlike the elevated passing rate, the workhorse rushing performance is something Mustang fans have become very accustomed to this season.

Price finished with 33 rushing yards on the night to accompany his touchdown grab.

Anthony Fjeldstad had success penetrating through the Lanett offensive line and was able to get pressure on several occasions. He finished with two sacks for a combined loss of 22 yards.

Isabella had its chances throughout the night, but was unable to capitalize on potential scoring drives.

An example of this was penalties that took place at inopportune times during three offensive possessions.

Although Isabella is not the team raising the hardware at the end, it was a memorable season indeed and one that finished with a record of 12-1.

The Verbena girls basketball team avoided a comeback attempt by Thorsby (1-1) and held on to win 49-48 and improve... read more