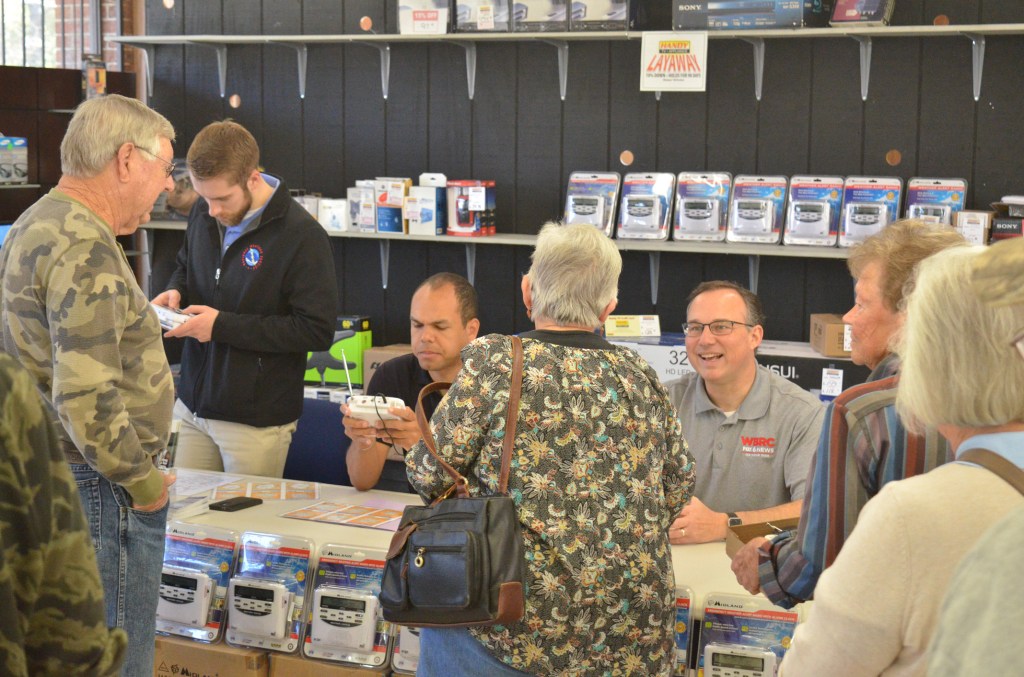 Fox 6 partnered with Handy TV in Clanton Nov. 20 to host an event where people could bring in their weather radios to be programmed to go off when severe weather is near their county.

The pair were joined by two members of the National Weather Service to help with the project.

“One of the big concerns we have is weather that happens during the middle of the night, maybe when people are sleeping and not watching TV,” Dice said. “This will get their attention. Also, a lot of times people want to depend on an outdoor warning siren. The radio alerts you inside your house. Sirens alert you if you are outside, but most people are not outside all the time. This is designed to wake you up so you can turn the TV on and get that additional information.

“One of the biggest fears we have is somebody sleeping through a severe weather event. These days we have apps and multiple ways to get weather on our phones, but it’s nice to have that level of redundancy. Weather radios get direct messaging from the National Weather Service.”

Those who needed to purchase a radio and batteries were able to do so at Handy TV before getting the items programmed.

“We have sold weather radios for years,” said Handy TV manager Ricky Hayes. “Our Cullman store did one (of these events) in conjunction with Fox 6 several months ago. This is a chance to get folks aware of the weather. We do have severe weather here in Chilton County. Folks get a chance to meet the TV people and get their radios programmed. We have radios to sell if they want to buy one.”

These radios can be programmed to sound an alarm that only goes off when severe weather is in your area.

“You program the radios for the county that you live in,” Dice said. “The old types would go off for multiple counties, and people would get annoyed by it. They would turn them off and put them in a drawer somewhere and forget about them.”

Hayes echoed Dice’s sentiment on the importance of having a weather radio, especially as part of a safety net that works in conjunction with TV and information on smartphones.

“A lot of people have (the weather) on their phones, but you can never have (too much coverage),” he said. “A lot of people want to just rely on the sirens, but a lot of folks don’t here those in their homes. You can get an alert on your phone or you can get one on your weather radio. The more information you can get the better off you are.”

Dice said his team tries to hold similar events across “our entire viewing area,” and this was the first one held in Clanton.

“We have never done this down in Clanton before, and we were able to partner with a merchant to do something down here in Chilton County,” he said. “We’re super excited about that.”