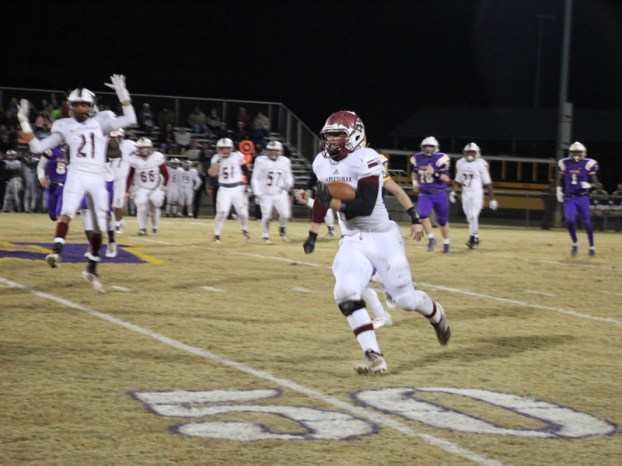 Maplesville led Sweet Water 21-20 late in the third quarter but was unable to finish the deal against the Bulldogs in the second round Nov. 15. (Photo by Samuel Blankenship/Special)

Maplesville’s 2019 football season came to an end following a 34-21 defeat on the road against familiar foe Sweet Water in the second round of the Class 1A state playoffs Nov. 15.

The Red Devils grabbed their first lead of the game 21-20 with 5:10 left in the third quarter following a 5-yard touchdown run from Ryan Morrow.

However, the lead was short-lived after Sweet Water answered and Maplesville once again trailed 26-21 heading into the final quarter.

Both teams traded scores throughout the contest with Morrow leading the way on the ground with 120 yards and two scores on 20 carries. He also caught two passes for 32 yards.

Jackson Abbott completed 10 of 15 passes for 156 yards and a 48-yard scoring strike to Kayln Hardy. 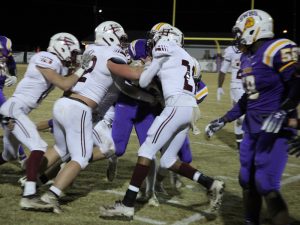 With the loss, Maplesville wraps up the 2019 campaign with a record of 8-3. (Photo by Samuel Blankenship/Special)

The deep ball was Hardy’s only reception in the game, but it came at a crucial time and helped the Red Devils cut the deficit to one possession as they only trailed 20-14 at halftime.

Sweet Water outrushed Maplesville by 163 yards, which proved to be a vital aspect especially as it got later in the game.

It was fairly clean game by all accounts with the game’s only turnover being an interception by Latrell Wilson.

Both teams took a different approach to rushing the ball. Sweet Water had a committee of backs tote the ball and finished with four players rushing for over 40 yards, while Morrow was the lone Maplesville ball carrier to finish with positive yards.

With the loss, Maplesville wraps up the 2019 campaign with a record of 8-3. The Red Devils dropped to an all-time record of 6-6 when squaring off against Sweet Water.

Chilton County High School is fresh off its second-straight playoff appearance and is looking to build upon the momentum with... read more