Thorsby falls to Goshen in 1st round 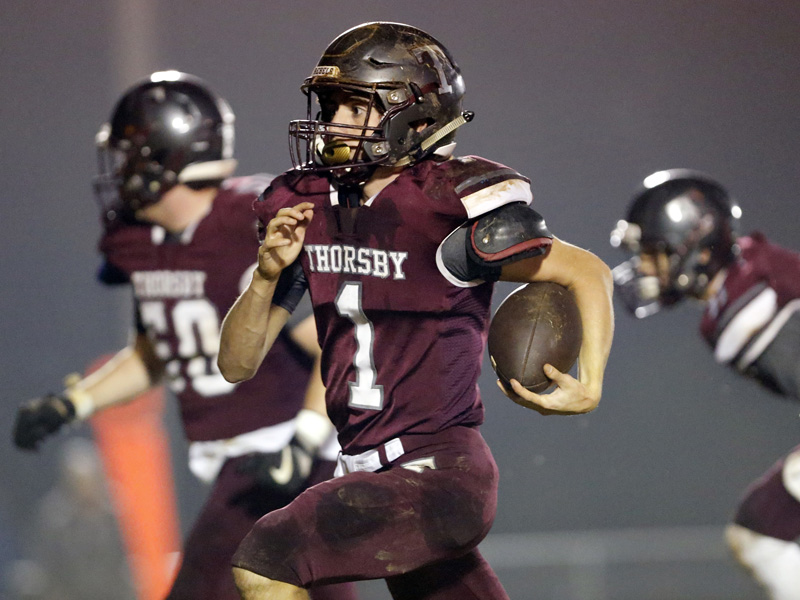 The Rebels’ first round loss to Goshen was the final time the senior class would step onto a gridiron in a Thorsby uniform. Jacob Lockhart was one of those seniors, and he ran for 42 yards on eight carries. (Photo by Brandon Sumrall/Advertiser)

The Thorsby Rebels took the nearly two-hour trip down south to Goshen High School and suffered a 36-0 defeat in the first round of the Class 2A playoffs on Nov. 8.

The Rebels’ defense kept them in the game early and it remained a two-score game with Thorsby trailing 14-0 at the end of the first quarter and 16-0 at halftime.

Tyler Ray had a disruptive night on the defensive side of the ball with seven tackles, one fumble recovery and a tackle for a loss.

Koby Davis continued his tackling prowess this season with a team-high nine tackles, while Sawyer Sellers and Chris Arledge also had tackles for a loss.

Goshen eventually opened up its lead for good in the second half.

However, despite the scoreless effort the Rebels were still able to move the ball at times with Brody Barnett rushing for 101 yards on 21 carries.

Barnett hitting the century mark on the ground was accompanied by Jacob Lockhart, who rushed for 42 yards on eight carries.

Unfortunately for the Rebels, the offense was one-dimensional with Barnett only completing one of his seven pass attempts on the night.

With the loss, Thorsby finished 2019 with a record of 6-5 and made the playoffs for a third-straight season.