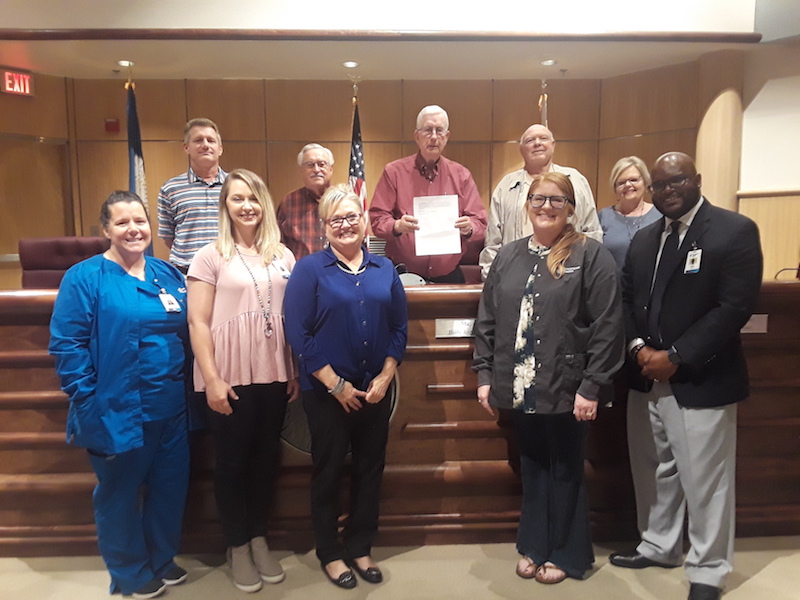 During a meeting of the Clanton City Council on Nov. 7, Fire Chief David Driver said the department would need to purchase the radios and then submit documentation to the Alabama Law Enforcement Agency to receive reimbursement from the grant funds.

The funding will allow the department to purchase enough radios to have one in each vehicle, one in each station and 10 handheld radios.

The radios will be purchased off of the state bid list.

Councilman Bobby Cook asked how long it would be before the radios were delivered once they were ordered. Driver estimated it would be mid-December or the beginning of January because of the holidays.

The Council approved applying for a Rebuild Alabama grant from the Alabama Department of Transportation to replace the bridge by the SPAN/ PASS Academy building.

The Council has declared November to be Hospice and Palliative Care Month in participation with the national focus. Representatives from Encompass Health were present for the proclamation.

The designation seeks to raise awareness and support those who work in this area of health care.

According to the resolution, “Palliative care is specialized medical care for people with serious illness, focusing on providing relief from symptoms and stress of a serious illness to improve the quality of life for both patient and family.”

The resolution stated that there is also a growing need for employees in the hospice and palliative care fields as the Baby Boomer generation ages.

Also during the meeting, The Council: