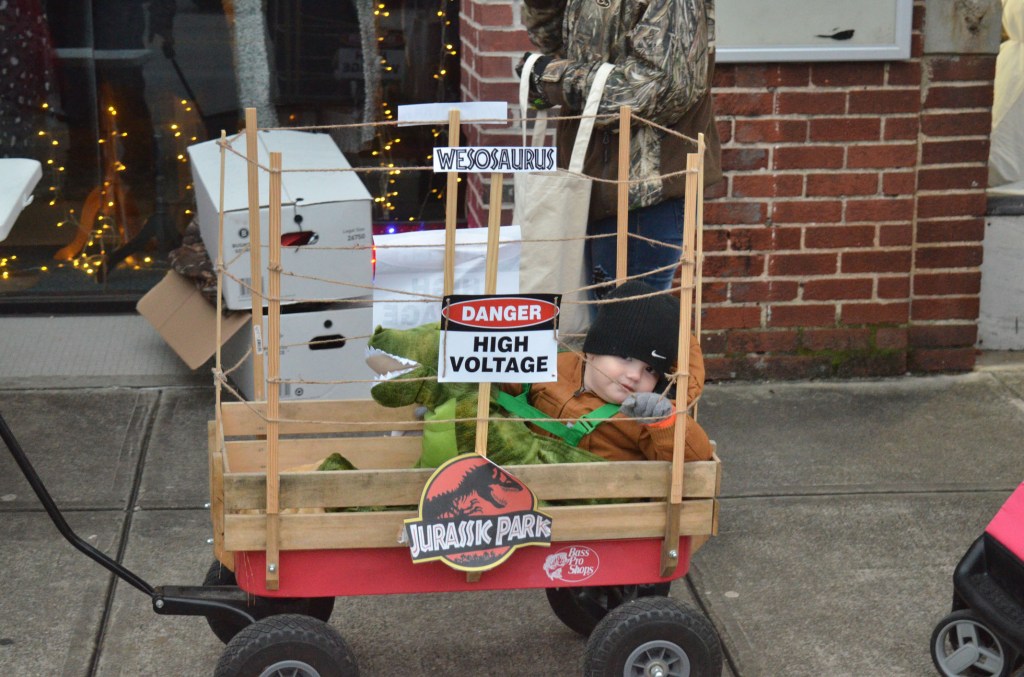 The Chilton County Chamber of Commerce hosted its annual Trick or Treat the Streets event on Halloween. Costumed attendees lined downtown Clanton as vendors handed out candy to the kids. (J.R. TIDWELL/ADVERTISER)

The Chilton County Chamber of Commerce hosted its annual Trick or Treat the Streets event in downtown Clanton on Halloween.

Despite the cold weather, many parents and children lined the area while collecting candy from vendors.

“It went great,” said Chamber Director Francine Wasden. “I love having this event downtown, and I appreciate the businesses who support us and the kids.”

Wasden said she is convinced the event helps keep local children safe as they trick or treat, which is one of the main reasons the event is held each year.

“The kids have their parents and friends out here to watch them, and there is no traffic that they might run out in front of,” she said.

Wasden said she thought the turnout for the event was pretty good despite the cold weather.

The event featured a Halloween costume contest in Corner Park, where children in three different age groups took to the stage to show of their outfits.

“I thought it was so cute seeing everyone’s creativity,” Wasden said. “I love that event. I would like to thank Dr. Worthen and his group St. Vincent’s Orthopedic for sponsoring it and Terri Connell for getting the judges.”

Wasden said she is considering making a change to the event, one that might grow it even bigger.

She would like to add some more streets, so the children have a larger area to fan out and collect candy from vendors.