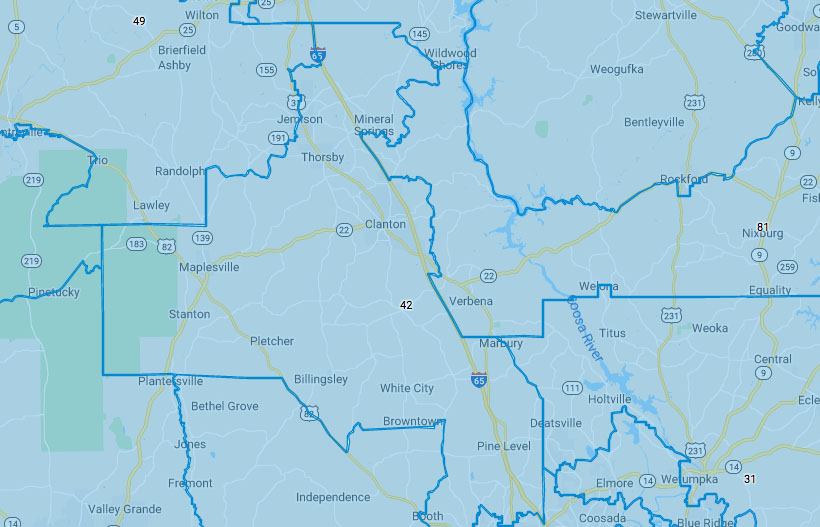 The general election for the vacant House District 42 seat will be held Tuesday, Nov. 5.

This vote will mark the end of the special election called for by Gov. Kay Ivey to fill the seat that was held by Jimmy Martin until he passed away earlier this year.

Since Allison was the only Democratic candidate, no primary was needed for that party.

According to a press release from Ward’s campaign, 668 signatures were turned in to Alabama Secretary of State John Merrill’s election division by the deadline.

However, only 439 of those signatures were certified, and Ward needed 19 more to be placed on the general election ballot.

“Our team brought forth over the required number of signatures of registered voters,” Ward said in the release. “Many were dismissed because of names changing through marriage and divorce and what appeared to be slight errors in the database. They allowed us a few that we were able to bring in wedding announcements for but when we got close to reaching our number the criteria seemed to get harder. There were 13 signatures the (secretary of state) office could not discount as invalid, but would not allow being counted.

“We offered to go get sworn affidavits from the voters in question. Our offer was declined, and those voters were not counted leaving us just short of the needed number. This is a setback but not unexpected. Moving forward we are running a write-in campaign. We will keep reaching out to the voters to make sure they know this district still has a choice.”

Chilton County is divided into three separate House Districts: 42, 49 and 81.

Only residents of District 42 will be allowed to vote in the general election Nov. 5, so only polling places inside the district will be open for voting that night.

If you are unsure of which House district you live in, visit sos.alabama.gov/alabama-votes/elected-official-map.

Residents may search their address, and each of their elected officials will be listed, including districts.