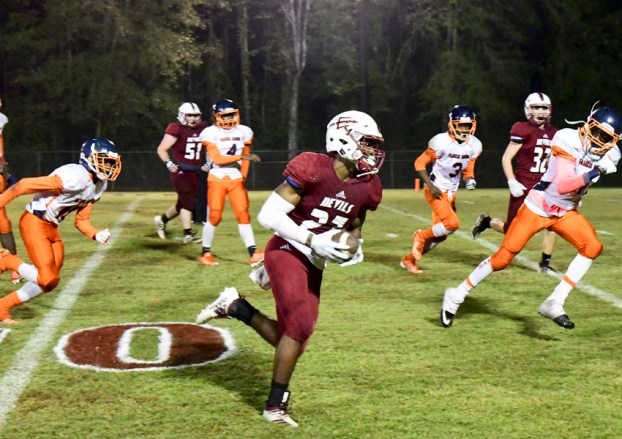 The final week of the regular season is upon us, which means that another football season has gone by in a blur once again.

Four home games will take place in the area this week, which means senior night ceremonies will be held at Maplesville, Chilton County, Billingsley and Isabella high schools.

All these teams also have the common denominator that they are all playoffs teams.

Seeing how coaching staffs choose to approach the final week of the regular season with the postseason looming will be an interesting storyline.

All of the final week’s slate of games are non-region contests, which makes it much easier for coaches to rest players and get healthy for a playoff run.

However, there is also something to be said for making sure key players have the proper amount of reps heading into the playoffs so as to not develop any rust. 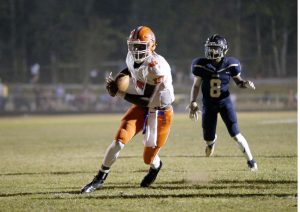 Shi Keem Laister of CCHS will be part of the school’s senior night festivities on Nov. 1. (Photo by Brandon Sumrall/Special)

It is a tightrope situation that coaches of playoff teams are faced with each year at this time.

To play or not to play, that is the question. And it is a valid one at that, especially in the physically-demanding contact sport of football.

For the seniors on the squads at Isabella, Maplesville and CCHS, this will not be the last time they take the field in front of their home fans and fellow students.

That is one of the luxuries awarded to teams who earn the opportunity to host in the first round of the playoffs.

Of the three teams that have already played their final home game in the weeks prior, Thorsby made the playoffs, while Verbena and Jemison did not.

Regardless of when senior night fell on the schedule, it is always a special moment not just for those playing the game but also for all those in the crowd or on the side lines that have supported them along their high school career.

Isabella ground game pounds Fultondale The Isabella Mustangs earned another impressive win by going on the road and defeating 3A... read more