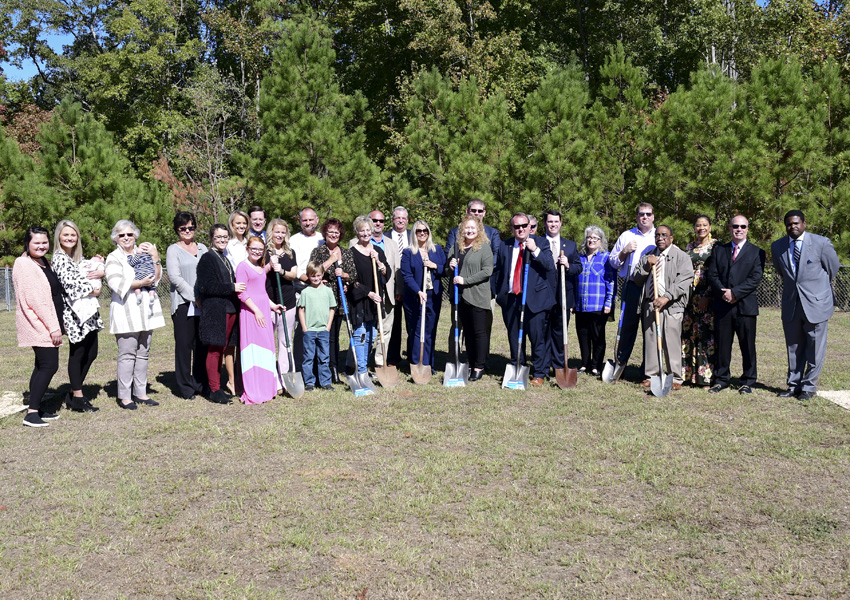 Jemison Intermediate School broke ground on its outdoor discovery center pavilion during a gathering on Oct. 23.

The ceremony included dedicating the outdoor classroom in honor of late Rep. Jimmy Martin and his family.

“This project meant so much to Jimmy,” Rep. April Weaver said. “I can’t think of a better way to honor him.”

Several members of Martin’s family were on hand for the event, which included Martin’s wife Norma Jean receiving a plaque on his behalf.

“My relationship with him was one of humor and mending the [district] lines to do what was best for Chilton County,” Weaver said.

According to Weaver, the first time she and Martin laid eyes on the property that will be home to the outdoor pavilion was on April 11, 2018.

Both were at school to present a grant for another initiative, but while they waited for Rep. Cam Ward, who was stuck in traffic, JIS Principal D.J. Nix took them back behind the school to view the land and here of the vision he had for it.

Nix’s dream took a large step closer to becoming a reality with the ceremony. 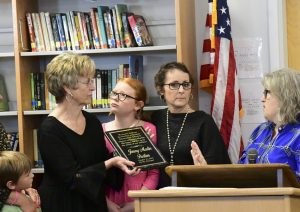 Late Rep. Jimmy Martin’s wife Norma Jean received a plaque on his behalf. The outdoor classroom will be dedicated in honor of Martin and his family. (Photo by Anthony Richards)

According to Nix, the idea for the project started four years ago after Billy J. Rasberry helped transform the property from an area covered in rocks to the grassy field that it is today.

“He brought almost 200 loads of dirt from his own personal property,” Nix said. “Billy opened my eyes, because I was being selfish thinking about JIS, while Billy was thinking about the children of Jemison and Chilton County as a whole.”

One of Nix’s goals is for the outdoor classroom to be available not just to the schools in the Jemison city limits but for the entire county school system.

The next step in the plan’s process is to begin construction of the pavilion. A nature trail, ideal for bird watching and a butterfly garden are some of the features the outdoor classroom will also have.

Currently, the land has two garden beds, which are expected to remain along with an herb garden.

Although the outdoor classroom is far from complete, Nix expressed he has already noticed the addition paying dividends.

According to Nix, JIS recently received a score of 83 on its state testing, which was up from last year’s score of an 80. He equates much of that increase due to the outdoor area being used as a reward for positive academic performance.

“It’s a happy moment for me,” Nix said. “You can never take your eyes off of what’s important, and that’s the students.”