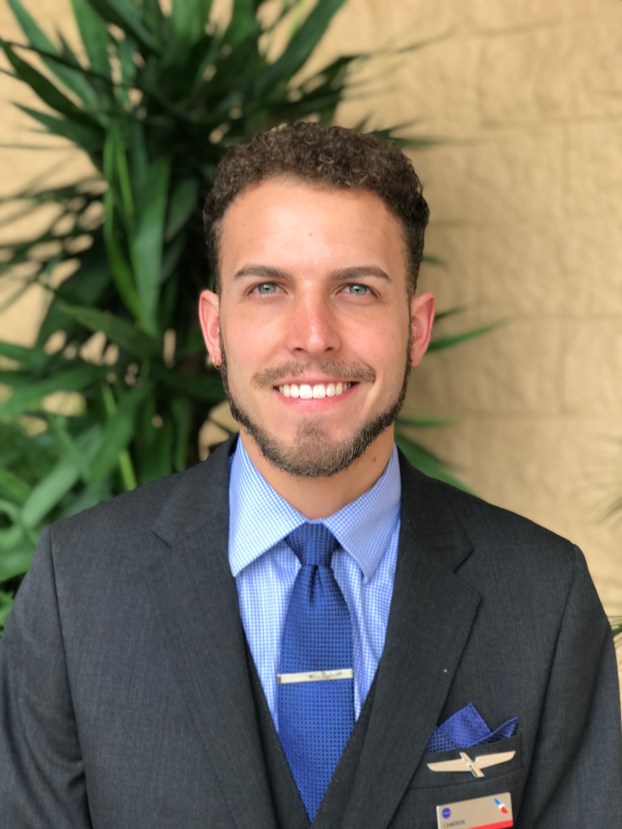 Chilton County High School alumnus Cameron Blackmon, who is an American Airlines flight attendant, has gone viral for his rise and shine video clip inspired by Kylie Jenner’s video post where she sang rise and shine to wake up her child.

Blackmon’s tweet of him singing rise and shine to wake up passengers on a red-eye flight from LAX to Dulles International Airport as the plane was preparing to land quickly hit 30,000 retweets on Twitter and has now exceeded more than 2 million views. The post was later featured by USA Today, People, US Weekly and Good Morning America.

Blackmon, who grew up in Verbena and now works out of Washington D.C., said the attention has come as a shock.

“USA Today reached out first and I was kind of shocked because I wasn’t really expecting anything to come of it, so they reached out to me … and I was like, ‘Wow, this is insane’ … being from a small town you never think about wow I’m going to have an article written about me or my name is going to be in USA Today.”

He and his co-workers had been talking about Jenner’s video during the flight. He decided to sing to the passengers to see if anyone recognized it as being from the clip. He said he thought it would be funny to sing to wake the passengers up.

“I posted it just to be funny, and I wasn’t expecting anything from it,” Blackmon said. “I have very little Twitter followers … for some reason, somehow, it blew up.”

Singing to wake up the passengers is not something he does on a routine basis. He said it was “interesting getting exposure just for being yourself.”

Blackmon has been a flight attendant for seven months and said he enjoys the flexibility of the hours and the atmosphere of the job.

Blackmon graduated from CCHS in 2013.