Back on track: Friends help Easterling return to speedway 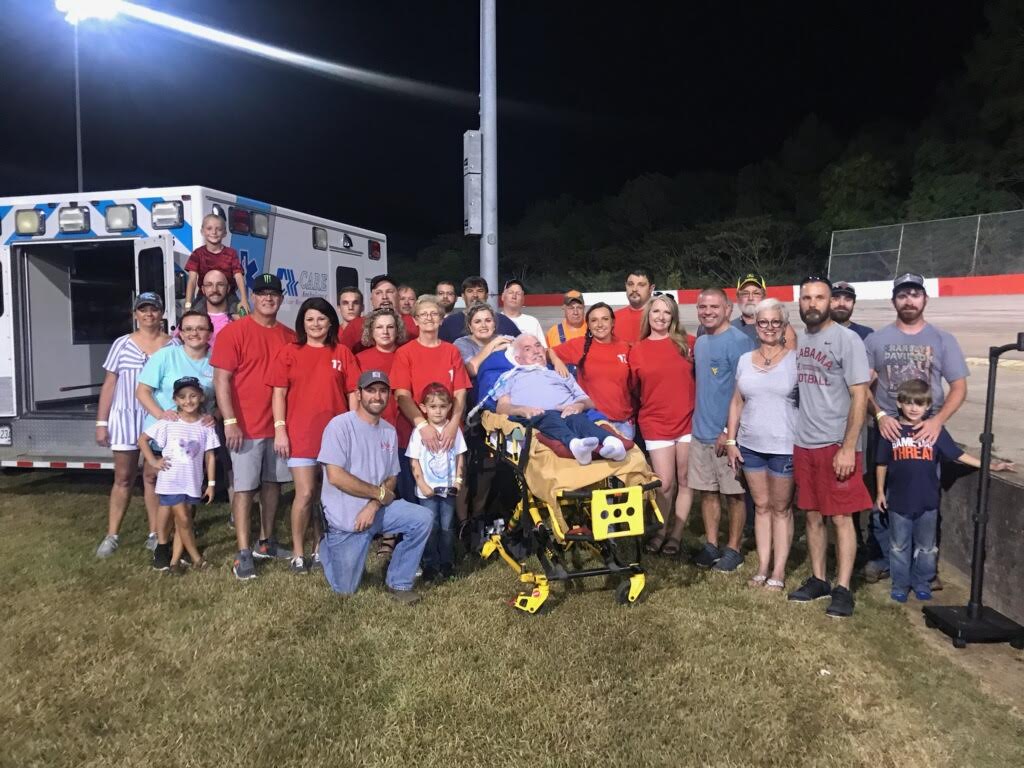 Many friends and family members made the trip to Montgomery alongside Ricky Easterling. (CONTRIBUTED)

Ricky Easterling does not get around very well these days. He spends most of his time lying in bed using a computer.

He was diagnosed with ALS seven years ago, a neurodegenerative disease that affects nerve cells in the brain and the spinal cord. Those suffering gradually lose use of their muscles, which is why Easterling, at age 62, can no longer get around.

Easterling developed a love of cars and racing early on.

According to daughter-in-law Heather Easterling, Ricky started going to races when he was 6 years old, and he and his brother Ronnie helped work on cars while other brother Gary drove them in the 1980s and 1990s as Easterling Brothers Racing, including winning championships.

Montgomery Motor Speedway was where they spent much of that time.

“Ricky is a legend in (Chilton) County,” Heather said. “Nine out of 10 people either know him or something about him. He still encourages people daily. Even in his condition, he has been an inspiration to many people.”

Heather said it had been almost a year since Ricky had been able to leave his house, and that was for a hospital visit.

Enter Stanley Adams, who refers to Ricky as his “racing buddy.”

He had the idea to help get Ricky out of the house by bringing him to the Show Me the Money event at the venue on Sept. 28, the last race of the season.

The main problem standing in the way was Ricky can only travel by ambulance.

In stepped Jeff Hyde with Care Ambulance Service, who made all the arrangements to carry Ricky to the race. EMT Johnny Hilton and Hyde volunteered their time to help take care of Ricky and bring him to the race.

“They went above and beyond,” Heather said. “They took care of us and worked for free that day. They were so wonderful to us.”

Once there, Ricky got to do more than just enjoy the race as a spectator.

The ambulance took to the track and served as the pace car for the night’s big event.

Heather said they opened up the doors of the ambulance as they circled the track so Ricky could see everything.

The EMTs also pushed Ricky through the pits on a gurney so he could visit with people.

“Ricky said it was one of the best nights ever,” Heather said. “He got to spend the night with friends and family. Around 35-40 people went with him. It was amazing to watch. He had this smile on his face throughout the night.”

Heather said she and her family would like to thank everyone who made the trip possible.