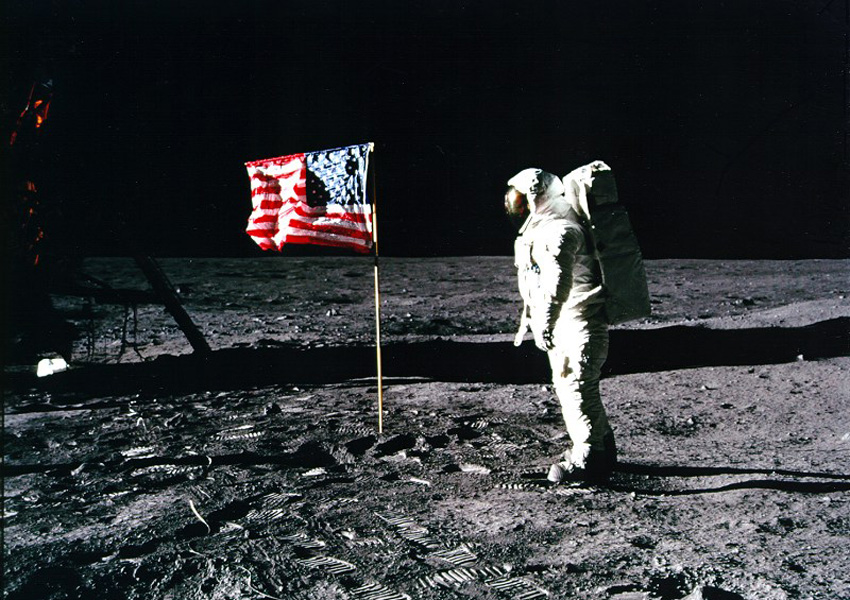 Buzz Aldrin salutes the U.S. Flag during the initial moon landing in 1969. (Photo by NASA)

There has been a lot of news lately regarding NASA and its goal to put another person on the moon in 2024.

The most recent news pertained to NASA releasing prototypes of what the new suits worn by the astronauts would look like.

That, along with any other news about a return trip to the moon and potentially an initial trip to Mars, also seems to capture my interest and imagination.

Although some will argue that the money used to fund these trips could be used elsewhere, I believe that could be said for just about anything.

Personally, I’m all for it and I can’t wait to follow yet another American space journey.

Although Neil Armstrong’s “one small step” is a legendary moment that will never be forgotten, the last trip to the moon took place in 1972.

That is a long time and means that many people are just like me and were not walking the earth the last time a man walked on the moon.

It’s one thing to read about it in a textbook, but it gets taken to another level when you get to witness and be a part of history in the making.

I feel that reigniting space exploration with a trip to the moon and beyond is just what this country and this world needs.

It would give everyone something to get behind together and believe in for the first time in a long time.

Those moments in history that lead to people gravitating to the television to watch intently are few and far between.

Oftentimes, these ever-changing events are due to something negative taking place, such as the assassination of president John F. Kennedy and the events of 9-11.

However, there is something about the moon landing and space exploration in general that brings a person’s imagination and wonder to the forefront.

Adults and children alike will be able to once again share in the belief that anything is possible.