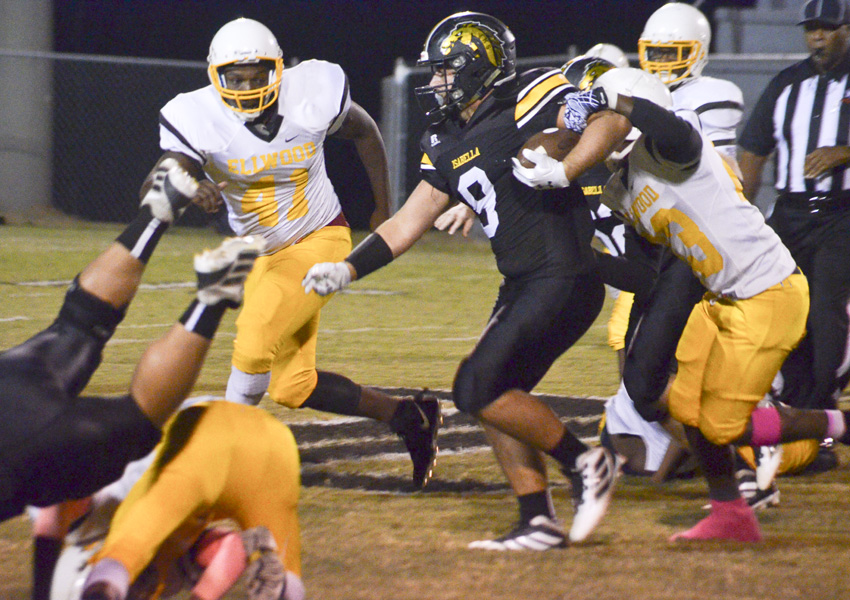 It was a happy homecoming for the Isabella Mustangs, who handled their business against an over-matched Ellwood Christian squad en route to a 60-6 victory on Oct. 18.

With the blowout win, Isabella wrapped up its region slate of games and the regular season championship in Region 3-1A.

Isabella’s offense got things started with a 20-yard touchdown pass from Cole Atchison to Kendall Reeves to put the Mustangs up 6-0 early on.

Converting turnovers into points was a recurring theme on the night, and it all started after Ellwood Christian fumbled the kickoff following Isabella’s first score.

The Mustangs recovered the fumble and Lance Price cashed it in with a 30-yard touchdown run one play later.

Ellwood Christian was down by two scores before their first true offensive possession. However, once they got possession of the ball they did not have it for long as Kendall Reeves picked off a halfback pass. 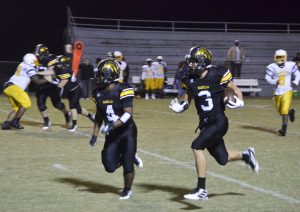 The interception was Reeves’ seventh of the season and added to his county-leading total.

A couple of plays later Price punched in a second rushing touchdown to put Isabella up 21-0.

The Mustangs’ lead continued to grow the rest of the first half thanks to a fumble recovery in the end zone by Skyler Langford and a second touchdown strike by Atchison.

The latter of Atchison’s touchdown passes was a thing of beauty, as he spun twice to escape the clutches of an Ellwood Christian pass rusher and found Austin Jones sitting wide open in the end zone.

Shortly after the touchdown pass, Jake Logan replaced Atchison at quarterback and several other reserves began getting sprinkled into the lineup toward the end of the first quarter, which Isabella led 41-0.

The Isabella ground game controlled the game for the remaining three quarters.

J.J. Wilson scored two rushing touchdowns, while Ray Boston and Ben Martin each added one to the score sheet as well.

The Mustangs led 60-6 at halftime, which also wound up being the final score following a running clock and shortened quarters in the second half.