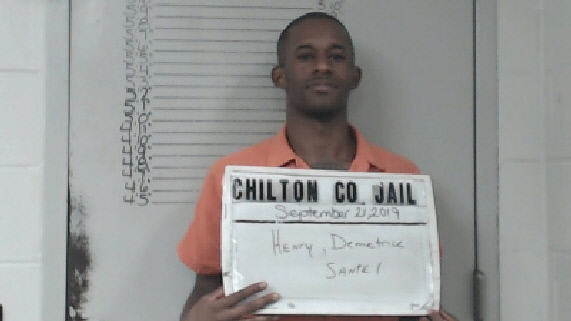 Units from multiple agencies converged on Park Drive in Clanton during the afternoon of Oct. 15.

Authorities responded to the 70 block of Park Drive S, behind Winn-Dixie, around 4 p.m. to a domestic violence call.

The suspect, described as a 27-year-old black male, was believed to have been barricaded in a residence.

The Chilton County Sheriff’s Office and its tactical team responded due to the potential of a standoff with the suspect.

CCSO listed the suspect’s name as Dimitrius Henry on a social media post about the incident initially.

According to Sheriff John Shearon, the domestic violence involved the suspect and his mother.

Shearon said CCSO made entry into the residence and discovered the suspect had fled.

“We believe he may have gotten out through a back door before we arrived,” Shearon said.

CCSO made sure the residence was secure before turning it back over to the family.

The case then reverted back to Clanton police, who were set to get warrants signed and look for Henry.

According to Capt. David Clackley with CPD, the department received a tip that Henry had been spotted in a vehicle at a different apartment complex.

Online records show he was booked into the Chilton County Jail at 9:05 p.m. that same night.

He has been charged with simple assault of a family member, according to the records. Bond has been set at $500.