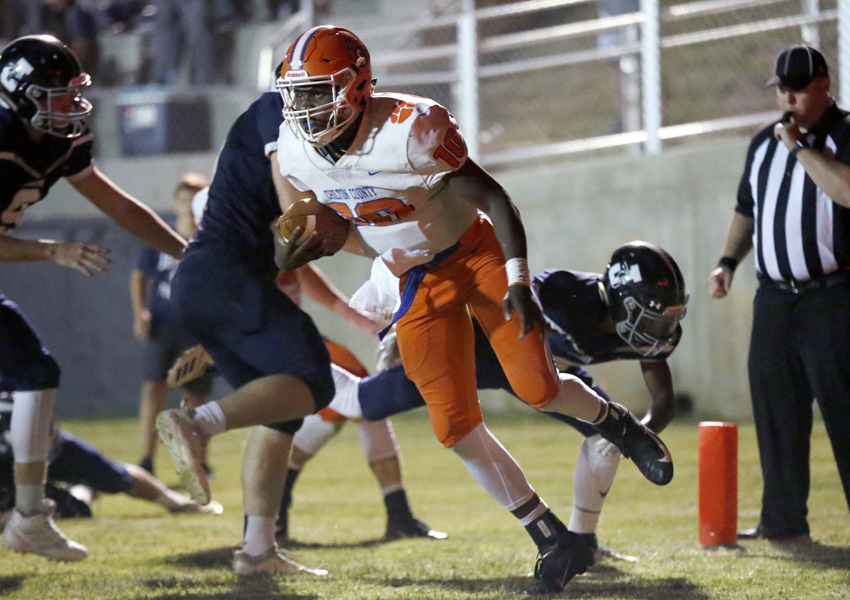 Shi Keem Laister and the CCHS running game will look to make a difference in the final weeks of the regular season. (File photo)

The postseason picture will get a little clearer for both Chilton County and Billingsley high schools late Friday night following games against Marbury and Notasulga respectively.

Both teams have already clinched playoff spots, but this week’s outcomes will go a long way in determining postseason seeding.

In the end, a loss could mean the difference between hosting or traveling in the first round of the playoffs.

Billingsley has yet to lose in region play and is currently riding the momentum of a five-game winning streak, which includes a 25-6 thumping of traditional power Wadley.

The Tigers are in a similar boat, as they are sitting pretty with a region record of 3-1 and two region games left on the schedule.

Last year, the Bears defeated Notasulga 8-7 in a defensive slugfest and CCHS handled Marbury 28-0 in a game that included an altercation between the teams that resulted in suspensions. 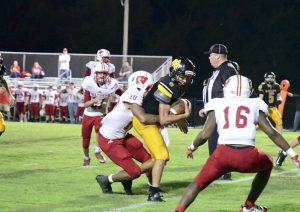 Brisen Tatum has been a force to reckon with for opposing defenses since taking over at quarterback for the injured Levi Arington. (File photo)

Notsaulga’s three loses have come to Class 3A Randolph County, Spring Garden and Lanett. Those teams have two combined loses.

Marbury has a similar resume, with its two losses coming to Demopolis and Valley.

The starting running backs for CCHS (Devonte Robinson) and Billingsley (Taylor Arington) are each coming off games in which they broke the century mark running the ball.

That tenacious ground attack must continue if both teams want to put another notch in the win column this week.

The running game is so important because it really helps setup the rest of the offensive play calling.

Although each team has two region games remaining, if they are able to win this week it removes a lot of the pressure heading into the final region tilt next week.

However, a loss could only add pressure heading into the final weeks.