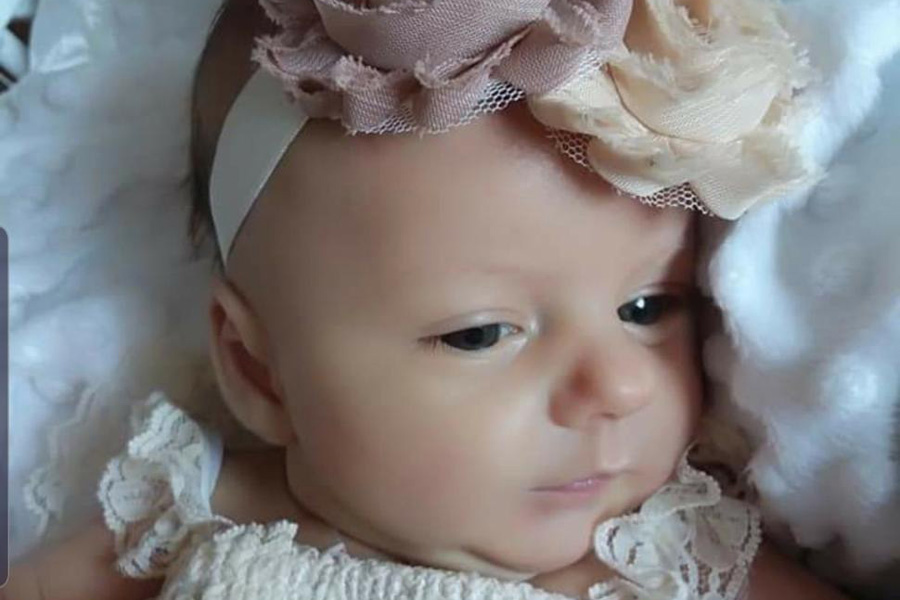 The Isabella youth league has shown great togetherness this football season by creating initiatives that rally around those in their community in need of help.

About a month ago, the community showed that it was “Brycestrong” as it raised money for the family of 1-year-old Bryce Dawson and his family.

This time it is 5-month-old Cabella Clark who is the reason for a football-fueled fundraiser.

Clark was diagnosed with necrotizing enterocolitis, which is a deadly intestinal disease of premature infants.

According to Nicole Campbell with the Isabella youth league, Cabella had only been home from the hospital for six days before having to go back due to complications that arose.

The six days she spent at home seemed even briefer after having to spend 122 days and 2,928 consecutive hours fighting for her life at Children’s Hospital in Birmingham. 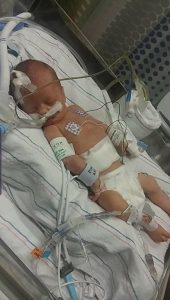 Cabella Clark was diagnosed with necrotizing enterocolitis, which is a deadly intestinal disease of premature infants. (Contributed photo)

During the lengthy hospital stint, Cabella went through three surgeries and has a permanent central heart catheter.

“We just want people to know that they can help,” Campbell said. “Any donations are helpful.”

However, the future looks brighter with Cabella now weighing 12 pounds, and although still hooked up to portable machines, she is back at home with her family.

“They’ve all been through a lot,” Campbell said.

A donation box will be present during the slate of youth football games scheduled at Bill Nabors Stadium on Oct. 19.

Everyone attending the games is encouraged to wear purple in support of Cabella and her family.