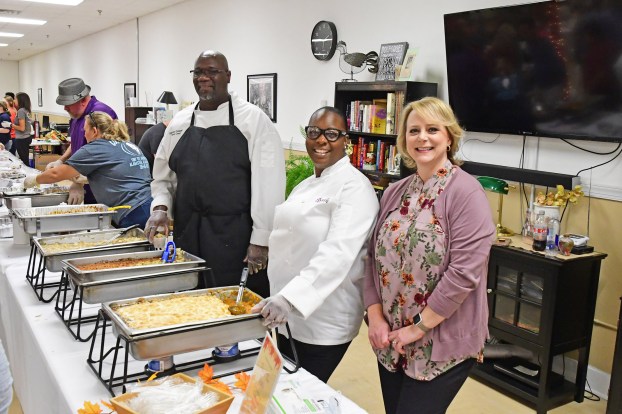 The 2019 Taste of Chilton County was held Oct. 14, and the event was a complete success.

People packed into Senior Connection in Clanton to sample food from around 20 vendors representing offerings from around Chilton County.

The Rotary Club of Chilton County partners with Senior Connection to put on the event, now in its third year.

“I thought it was a good, successful event,” said Rotary Club President Gordon Swenson. “We sold out the event. Everyone seemed happy, including the vendors.”

“It was a great crowd, and we had plenty of room to work behind the tables. If you are a food vendor, I would highly encourage you to come be a part of it.”

Graham was the fan selection for best dessert at the 2018 Taste of Chilton. Attendees this year were once again invited to vote for their favorite vendors in three categories: best entrée, best dessert and best overall.

Caterer Country Lane Too, which took home the best overall nod last year, was on hand again with a large spread of samples.

While several vendors were back again for more, several restaurants in the county, especially some newer ones, were also there giving samples.

A tray of desserts from Heaton Pecan Farm. (J.R. TIDWELL/ADVERTISER)

Dominos pizza just opened back in Clanton this summer, and Chubbfathers attended Taste without even officially opening in Chilton County yet. They plan to open up in Clanton in the middle of November.

Their fish and grits were very popular, as were the shrimp and grits from Old Town Eatery, a new establishment in Jemison, as well as the chicken and dressing from Peach Tree Bistro, the cafeteria in St. Vincent’s hospital.

The category winners for this year’s event will be announced later after the votes are tallied.

“There are still new people coming into the community,” Graham said. “People always need a refresher, and you can show them something new on the menu.”

Rotary Club and Senior Connection share the profits from the event, which stays in the county and will benefit multiple local groups. 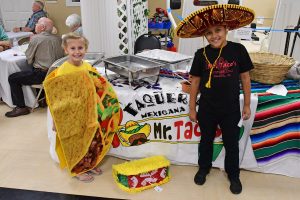 A pair of kids bring some fun to the Mr. Taco’s table. (J.R. TIDWELL/ADVERTISER)

The only major change to this year’s Taste of Chilton County was the date.

The event was moved from September to October.

“I think this time of year was better,” Yeargan said. “It was a bit cooler outside. That helped I think. The parking outside was adequate. Things flowed smoothly in here. The vendors were here on time. People didn’t get in lines like they did last year. They just kind of broke up and moved around. There was plenty of food. I think it was a great success.”

The next event for Rotary Club will be the Clanton Christmas parade.

“We raised $600 last year,” Yeargan said. “We matched it and gave it to DHR for the foster kids’ Christmas.”