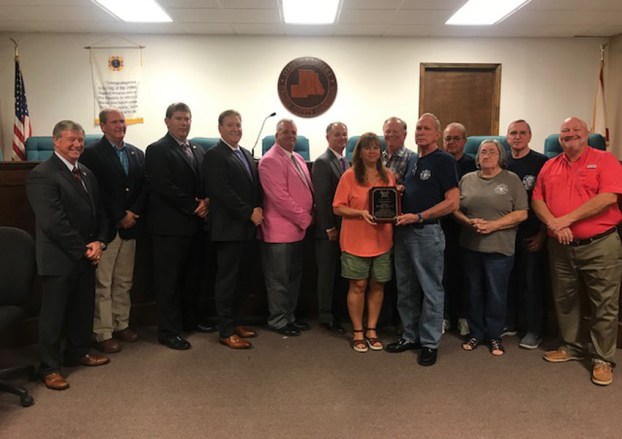 The Chilton County Commission dedicated a stretch of road to 40-year volunteer firefighter Lynn Gothard during their meeting on Oct. 8. Gothard died of cancer earlier in the year. (Contributed photo)

Nearly nine months after volunteer firefighter Lynn Gothard died of cancer, the Chilton County Commission passed a resolution to dedicate about one-half of a mile of road in his honor during their meeting on Oct. 8.

Gothard died on Jan. 27 after following a family tradition and serving 40 years as a volunteer at West Chilton Fire Department.

He first became interested in the duties of a firefighter while following his grandfather, who was also a volunteer firefighter, around the department when he was 9 years old.

Even though Gothard was still young at the time, there were still plenty of chores he could do around the station, such as washing equipment and cleaning around the facility.

Commissioner Steve Langston proposed the resolution, and it was passed following a unanimous vote.

Members of Gothard’s family and the West Chilton Fire Department were on hand for the tribute ceremony.

The Commission presented the family with a plaque expressing their appreciation for his service.

“His devotion to the community and his love for the department will never be forgotten,” Langston said. “Lynn’s legacy will endure in the spirit of those who continue to serve.”