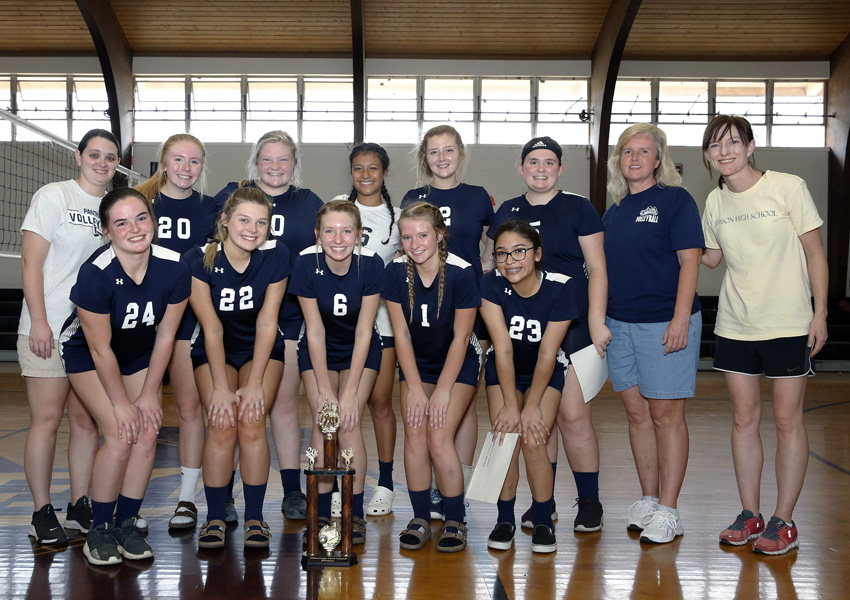 The Jemison Panthers won the Chilton County Volleyball Tournament for the first time in three years after defeating Isabella 25-20, 25-17 on Oct. 5.

“The biggest part about beating Isabella is beating the name on their shirt,” Jemison head coach Kelsey Mims said. “Anytime you match up with Isabella, people are intimidated.”

Jemison defeated Isabella in four sets on Aug. 27. It was the Panthers’ first win of the season, which they have since followed up with 12 other victories and four of those coming in region play.

“It was a huge deal when we beat them [Isabella] in the regular season,” Mims said.

According to Mims, the earlier victory against Isabella had a positive effect on the team’s mindset heading into the championship matchup.

“I definitely think we had confidence and momentum going forward,” Mims said. “Had Isabella beaten us the first time, I think the mindset would have been different. We weren’t scared, and we knew they could do it.”

The Panthers played arguably their best game of the season in the title game.

“It was one of the better games we’ve had all year from beginning to end,” Mims said. “It definitely helps anytime there’s a title or trophy on the line.”

One of those seniors is Caroline Foote, who was named the county tournament’s most valuable player and was joined on the all-tournament team by teammates America Gutierrez and Shelby Crowson.

“It’s not just one player, because you need that pass and that set to hit it,” Foote said.

Foote plays outside hitter and has for quite some time now.

“I like when I get a kill, because it ends the point and really finishes things off,” Foote said.

Winning the county tournament continues a major turnaround for the Jemison volleyball program after only winning six games a year ago.

“At the beginning of the season we weren’t sure how it was going to go, because we graduated seven seniors off last year’s team,” Mims said. “Her [Foote] and Grace Autery were the only two returning that had ever played varsity ball, but you wouldn’t know it by the way everyone has played. If one or two players have an off night, we’ve got others who are more than willing to step up.”

According to Mims, one of the biggest differences she has seen in this year’s team from last year’s squad is a certain resiliency and ability to fight back when adversity strikes.

Having the belief that no deficit is insurmountable can be a powerful thing.

The next box to check for Jemison would be winning an area regular season championship and hosting the area tournament, which they are just one game away from doing.

The Panthers face Shelby County on the road Oct. 14.