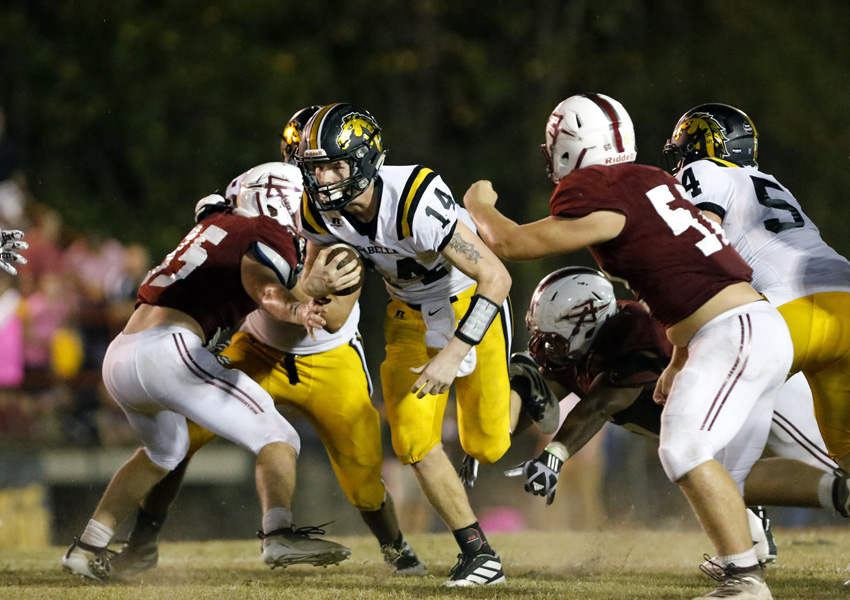 Cole Atchison was hard to stop against Maplesville on Oct. 11. He ran for 235 yards and six touchdowns. (Photo by Brandon Sumrall/Special)

For the first time since 2003, Isabella finished on the winning side of the scoreboard against their nearby rival Maplesville.

The Mustangs defeated the Red Devils 48-34 in shootout fashion.

“A region championship is big for anybody, but we’ve only got one of them in the history of our program,” Isabella head coach Tate Leonard said. “I believe we have the toughest region in the state. Linden and Maplesville are two of the best and we went toe-to-toe with them.”

Everything was going right for Isabella en route to the victory, including winning the special teams battle with a blocked punt by Reid Mitchell and lengthy punt and kickoff returns by Braxden Giles and J.J. Wilson respectively.

Cole Atchison had another huge night on the ground with 235 yards and six touchdowns on 32 carries.

“We went over our blocking schemes all week to make sure we had everything right,” Atchison said. “We left it up to our o-line, and they blocked them.”

He opened the game’s scoring with a 75-yard touchdown run, while the rest of his scores on the night were within the red zone.

Lance Price chipped in 55 physical yards and a rushing touchdown of his own. 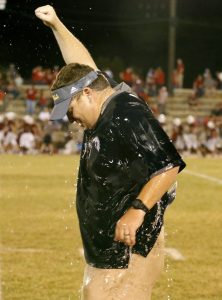 The Mustangs went up 14-7 and were able to surprise Maplesville with an onside kick that Isabella recovered and turned into another touchdown to extend the lead 21-7 and grab control of the game.

From then on, Isabella played from out front and forced Maplesville to continually try to find ways to dig out of the proverbial hole they found themselves in.

The Mustangs led 34-14 at halftime, but the Red Devils got the ball to start the second half and took only four plays before Maplesville starting quarterback Jackson Abbott hit a streaking Kayln Hardy down the left side line to cut the deficit to 13 points.

However just as it had all night long, Isabella’s rushing attack was nearly unstoppable.

The Mustangs had three offensive possessions in the second half and each were clinical examples of how to methodically move the chains and chew up what time remained on the clock.

The first two of those drives resulted in scores and the third put the game on ice.

“I’ve been playing since first grade, and this is the best team I’ve ever played for,” Atchison said with a smile on his face.

Although the game was played at Maplesville, it had the feel of a neutral site with both teams having an excellent showing of support and each fan base doing the best they can to create noise.

With the win, Isabella clinched the Region 3-1A championship and remain undefeated at 7-0.