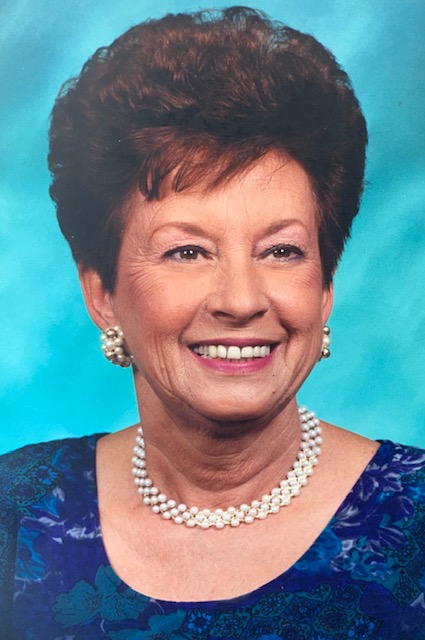 Margaret Cleckler Ellison, age 79 of Clanton, passed away on October 1, 2019. She was born in Chilton County on August 25, 1940; the daughter of the late Willie Cleckler and the late Edna Tatum Cleckler.

She was a loving and devoted mother, grandmother, great grandmother, sister, and a friend to many. Her love for her Lord and Savior Jesus Christ and her church was very evident in her day to day life.

Margaret loved to sing southern gospel music and was privileged to sing with several gospel groups in the central Alabama area; most notably the original Gene Lowery Quartet. She worked with her son, Tim, in the 1990s in the funeral business at Ellison-Jeffcoat Funeral Home in Wetumpka, AL.

She is preceded in death by: Husband, Sam Ellison; Parents, Willie and Edna Cleckler; and Brothers: Charles Cleckler, Ralph Cleckler, and Mack Cleckley.

Visitation was held on Thursday, October 3, 2019 from 5-7 p.m. at Ellison Memorial Funeral Home in Clanton.

Funeral services were held on Friday, October 4, 2019 at 2 p.m. from the Thompson Chapel Assembly of God Church in Jemison with Rev. Billy Boatwright officiating.

The body was in state one hour prior to the service at the church.

Burial followed in the Martin Memorial Cemetery in Clanton, AL.

In accordance with Mrs. Ellison’s request, the family request no flowers, but encourage memorial contributions be made to the Thompson Chapel Assembly of God Church 207 Thompson Chapel Road Jemison, Alabama 35085.