Olde Towne Market is more than a produce stand 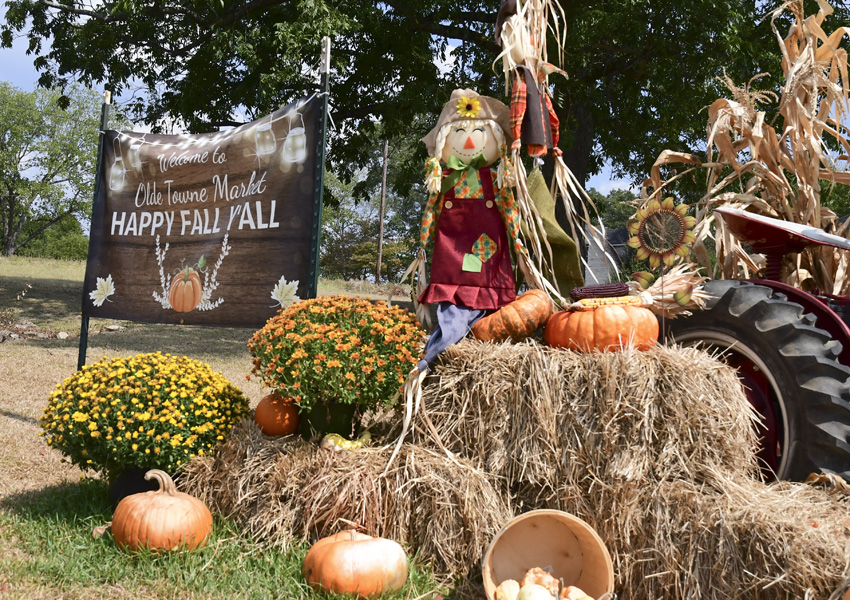 Olde Towne Market recently opened up off of U.S. 31 across from Boise Cascade in Thorsby. (Photo by Anthony Richards)

Olde Towne Market recently opened up in Thorsby and presents a welcome sight for those heading south on U.S. 31 into the town.

The business is a dream come true for Wendy Smith, who is co-owner along with her husband Chris Smith.

“I do not know why, but for probably 25 years I have wanted to own a produce stand,” Smith said. “I just always admired other produce stands. When this came available, I thought it would be the perfect spot.”

However, Olde Town Market is unique from your typical produce stands, in that it also has an indoor store where gift items, such as candles and jams, are sold.

It officially opened its doors on Sept. 20.

“It was a very good day,” Smith chuckled.

According to Smith, the location and building housed a produce stand prior to 1956.

Yard sales had been held on the property over the years but the building had not been used since 1956, which meant extensive work was needed to the interior prior to opening for business.

“I decided I would fix it up and turn it into a gift boutique,” Smith said. 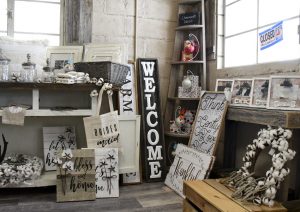 The gifts sold in the store offer a unique aspect from typical produce stands. (Photo by Anthony Richards)

One of the more popular items she sells is goat milk caramel candy that is made in Alabama.

She also sold out of peach salsa on the first day the store was opened.

Pumpkins, squash and other fall produce is currently available.

The business’s logo has a carriage on it, which led to Smith searching and eventually finding a carriage to purchase from a man in Billingsley.

The carriage sits outside the market and helps catch the attention of motorists passing by on U.S. 31.

“I’ve had a lot of people stop and take pictures (with the carriage),” Smith said. “If we can find a horse, we’re thinking about doing carriage rides close to Christmas.”

Smith was born and raised in Clanton but has called Thorsby home for quite some time now.

According to Smith, the name Olde Towne Market just seemed to fit the town and its history.

The posts holding up the roof around the outside of the building have a historical meaning, since they were made in Thorsby and were made to closely resemble ceramic.

“It’s something that is unique and historic to the town, so I did not want to change that part of it,” Smith said.

The business is located along U.S. 31 and across from Boise Cascade in Thorsby.

The Smiths also own K&Z Enterprises Inc., which is a trucking company in Clanton.